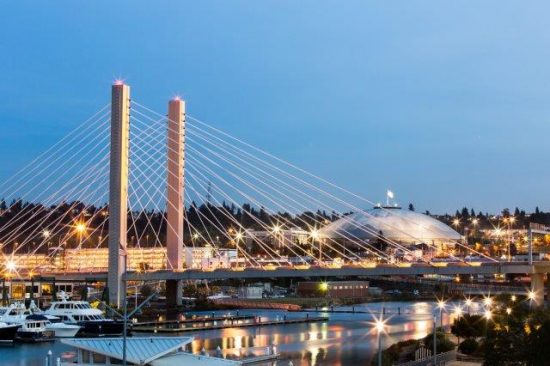 This is my last e-newsletter for a bit (see below for why), and I’ve chosen to devote it to highlighting some of the consumer protection-measures that passed the Legislature this year.

The theme for the 2018 session was “Putting People First.” In a recent op-ed in the Tacoma News Tribune, I discussed the many ways this year’s Democratic majorities in the House and Senate put people first, from cutting property taxes, to expanding financial aid for college, to protecting access to preventive care. For a short, 60-day session, we were able to pass several important bills that will help protect Washington consumers.

One final note: Because this is an election year, there are certain restrictions on my communications to prevent the use of state resources for election purposes. These restrictions include a freeze on e-newsletters, as well as a freeze on my legislative website. Beginning May 14, 2018, my website will not be updated until after the general election in November. However, if you have questions or comments about legislative issues, please feel free to continue to contact me by phone or email.

It’s an honor to serve as your representative.

Our state led the nation when the Governor signed House Bill 2282back in March, which I co-sponsored. It protects access to a free and open internet, using the state’s consumer protection authority. Under the legislation, Internet Service Providers (ISPs) are prohibited from:

These protections were guaranteed at the federal level for years, but the Federal Communications Commission announced in December it would rescind them. Legislators worked together on a bipartisan basis to keep net neutrality here in our state, regardless of what happens at the federal level.

As I mentioned in my previous e-newsletter, many people are struggling to pay student loans. And some bad actors in the loan industry are making the situation worse. That’s why I supported the Student Loan Bill of Rights, which will protect borrowers from harmful and predatory business practices, and create an advocacy office that looks out for student borrowers.

A groundbreaking, first-in-the-nation bill will protect students at for-profit colleges and career schools in Washington from deceptive and fraudulent recruitment claims and from selling high-interest rate student loans. It bars for-profit colleges from selling their own student loan products or from having a financial interest in getting students deeper into debt. It also mandates that all marketing materials citing job placement rates, average pay or loan default rates reflect the same rates calculated for the state and federal governments, and bans the use of military logos in those materials. It even includes a tuition recovery fund for degree-granting institutions and career schools such as cosmetology schools, in the event of the closure of the school.

I was pleased to support a major bipartisan reform making a long-overdue change to our criminal justice system. House Bill 1783 will help people get back on their feet and become contributing members of society once they get out of prison, rather than keeping them stuck in a financial prison they cannot escape. It places the priority on victim restitution – where it belongs – and does away with punitive interest rates that have only served as a disincentive to repayment. When people can meet their financial obligations, they are less likely to re-offend. That’s better for them, better for their families, and better for the safety of our communities.

Washington’s housing crisis is hurting families, and finding affordable housing is a struggle for many. We’ve seen this recently in our own community. That’s why landlords shouldn’t be able to reject prospective tenants simply because they receive housing subsidies. This hurts even those who have good credit, no criminal history, and full-time employment, as they struggle to find a place to live. So this year, we passed a bill banning discrimination against potential renters solely because they need a little help to pay for housing.

Civil legal aid for those who need it most

No one should be denied access to civil justice because of lack of financial resources. The state has a limited amount of funding to help, but this year we expanded the areas of authorized representation for this aid. Strong bipartisan support for this reform I sponsored will help ensure that scarce civil legal funding is used to address the most prevalent civil legal problems experienced by people with low incomes in our state.

While many Washington hospitals comply with charity care laws and encourage people to apply, some unfortunately do not give out accurate information and timely notice, or set up barriers to obtaining charity care. I sponsored a bill to put into law certain requirements about charity care notification. While it passed the House with overwhelming support, the version that ultimately was signed into law originated in the Senate. I am pleased this important consumer protection measure was successful.

While I am pleased with the consumer protection measures that were signed into law this year, other proposals that didn’t make it to the finish line will likely be revisited next year. These include:

Like student loan debt, medical debt is a problem that hurts people and families in our state. When people cannot pay off medical bills, they often end up going into foreclosure or filing bankruptcy. In fact, medical debt is the number one cause of bankruptcies in the U.S. I tried to address this problem this year with a bill that would have helped people not incur medical debt they are unaware of (by prohibiting prejudgment interest), and placing certain limits on the collection of such debt, including prohibiting interest or late fees on portions covered by charity care. Getting sick or injured shouldn’t push you into a spiral of debt from which it’s impossible to emerge, and I expect this will be a topic for the 2019 Legislature to consider.

There is concern about mergers happening in the health care industry and whether they may drive up costs and drive down choice for consumers. I attempted to address this with a bill that would have allowed the state Attorney General to take an earlier look at the effect of these transactions. This will likely come up again in 2019. 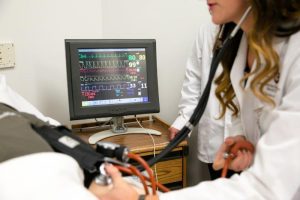