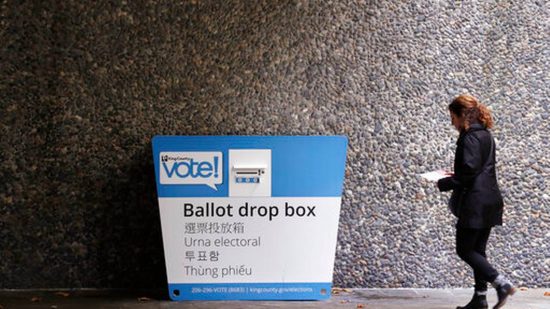 $30 car tab measure passing, billions could be cut
State and local governments could end up scrambling to pay for road paving and other transportation projects as a Washington state measure that would cut car tabs to $30 was passing in early returns Tuesday. Sponsored by Tim Eyman, the measure would cap most taxes paid through annual vehicle registration at $30 and largely revoke the authority of state and local governments to add new taxes and fees without voter approval. Continue reading in The Bellingham Herald. (Elaine Thompson/AP Photo) 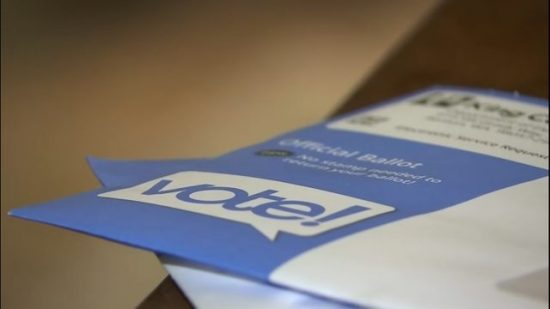 Washington affirmative action referendum trailing after first election numbers
The affirmative action referendum was narrowly trailing in Washington after the first round of election numbers were released Tuesday night. At 9:11 p.m., 51.18 percent of votes counted were rejecting it. By that time, there were 918,690 votes counted statewide. Continue reading at KIRO7.com.

Constitutional amendment on emergency power takes lead
Washington voters were supporting an update to a constitutional amendment on emergency government powers in early returns.Resolution 8200 was passing with more than 65 percent of the vote initial returns Tuesday night. The measure asked voters to broaden the section on “continuity of governmental operations in periods of emergency” so that continuity is ensured not only in case of attack but also in case of “catastrophic incidents” like a massive earthquake. Continue reading in The Olympian.

Olympian (subscription required)
Capital High School ‘locked out’ Tuesday after rumors about weapon
Thousands of Washingtonians drive cars that get this tax break. It’s under siege in D.C.

Slog
If Sawant loses, what does that say about Seattle?
General Election Night 2019