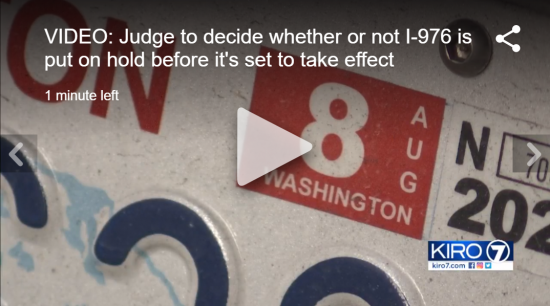 Court grants preliminary injunction putting hold on $30 car tabs
The court has granted a preliminary injunction putting a hold on the $30 car tab initiative I-967. In granting the injunction, King County Superior Court Judge Marshall Ferguson wrote that the State of Washington is “enjoined from implementing or enforcing 1-976.” The judge wrote that the state “shall continue to collect all fees, taxes, and other charges that would be subject to or impacted by 1-976 were it not stayed, and shall distribute those funds to local municipalities and political subdivisions as appropriate pursuant to existing laws, regulations, contracts, obligations, policies, and procedures.” Read and watch more on KIRO7. 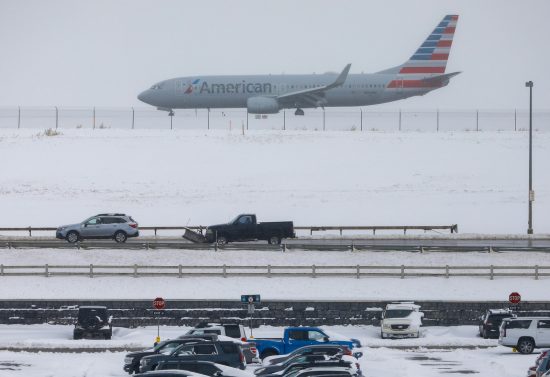 ‘Bomb Cyclone’ Whips Through The West As Winter Storms Snarl Thanksgiving Travel
Holiday travelers have just one day until their Thanksgiving buffets — but before many can tuck into drumsticks and potatoes, they can expect to be buffeted by severe weather. The National Weather Service is warning of two big storm systems across the U.S. — one tacking up the Great Lakes and into New England on Wednesday, while the other is already making its presence felt in the West. Learn more on KUOW.

Columbian
In Our View: Healthy skepticism over Kalama project wise

Everett Herald (subscription required)
Lawyers make a case in court to delay effect of I-976
Larsen not happy with Trump’s reversal on flavored vape ban
3 shot, including gunman, near Vancouver elementary school

Politico
The One State Taking a Big Run at Health Reform (Cody, Frockt)

Tri-City Herald
How did Tri-Cities taxpayers do under Trump’s tax cuts? You can calculate it for yourself here

Slog
Sleep-Deprived UW Medical Residents Say the School’s Taxi Voucher Program Is a “Sham”
A Fight Is Brewing Over How the State Can Increase Diversity in the Legal Weed Market (Reeves, Stanford)