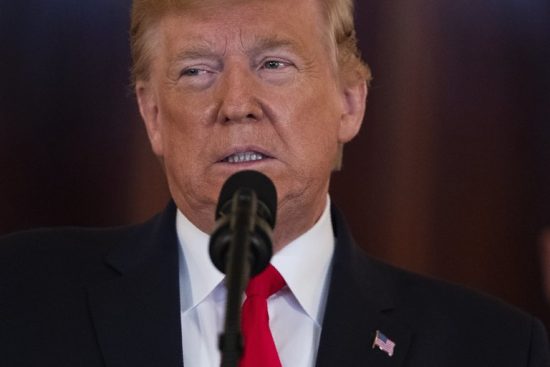 US, Iran step back from brink; Trump says Iran stands down
The U.S. and Iran stepped back from the brink of possible war Wednesday, as President Donald Trump indicated he would not respond militarily after no one was harmed in Iran’s missile strike on two Iraqi bases housing U.S. troops. Speaking from the White House, Trump seemed intent on deescalating the crisis, which reached a new height after he authorized the targeted killing last week of Gen. Qassem Soleimani, the head of Iran’s elite Quds Force. Continue reading in The Seattle Times. (Evan Vucci/The Associated Press) 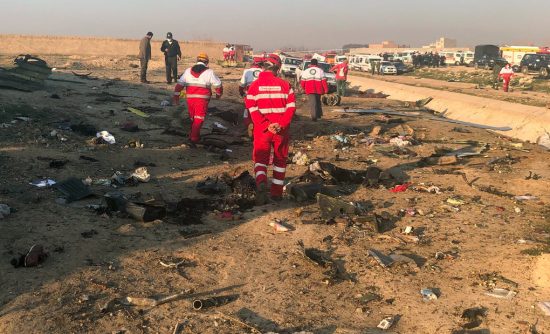 Boeing 737-800 airplane crashes in Iran, killing all 176 aboard
A Ukrainian airliner carrying 176 people crashed on the outskirts of Tehran during a takeoff attempt Wednesday hours after Iran launched its missile attack on U.S. forces, scattering flaming debris and passengers’ belongings across farmland and killing everyone on board. The Iranian military disputed any suggestion the plane had been blown out of the sky by a missile, and Iranian aviation authorities said they suspected a mechanical problem brought down the 3½-year-old Boeing 737. Continue reading in The Seattle Times. (Mohammad Nasiri/The Associated Press) 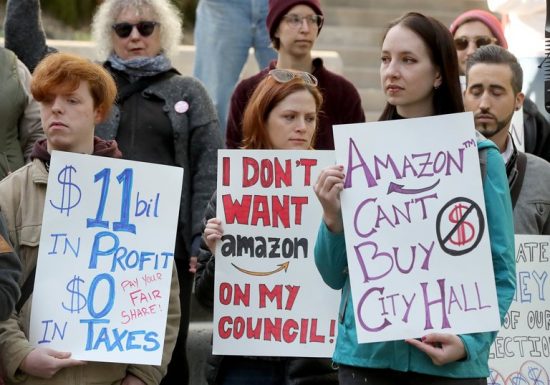 Bellingham Herald (subscription required)
Bellingham’s Climate Protection Action Plan has six key targets
What are the Ain Assad and Irbil bases? Iranian missiles target US troops in Iraq
Bellingham Council creates climate committee, will begin discussing recommendations
Had enough of the rain in Whatcom County? Forecasters say it may get worse
‘I remember thinking this is brutal,’ Blaine lawyer says of scene at border crossing
More prescription-strength Zantac recalled. It might have too much of a carcinogen
Texts telling people they’ve just been drafted into the Army are fake, officials say

Everett Herald (subscription required)
Not all are college bound; local students have a new option
Everett Transit set to expand electric buses, cut fuel costs
How to contact your state lawmakers — and other fun facts

Kitsap Sun (subscription required)
Heard the hum in Sinclair Inlet? This is what it’s from
Public health district looks to ‘build out’ revamped syringe exchange program
Bangor subs to get new kind of nuclear weapon

Olympian (subscription required)
Did you get a text from an unknown number? It might be a presidential candidate
E-scooters send thousands to hospitals and injure even more in the US, researchers say
Texts telling people they’ve just been drafted into the Army are fake, officials say
Iran, war and politics: How do you talk to kids about what’s going on in the world?

USA Today
Cancer death rate sees biggest one-year drop ever, report says
Could your kid be drafted into the military?
On world stage Trump loathed as much as Obama was loved: survey

KUOW FM
Military Base Housing U.S. Troops In Iraq Has Been Attacked
Ukrainian Jetliner Carrying At Least 170 People Crashes Near Tehran Airport
Satellite Photos Reveal Extent Of Damage From Iranian Strike On Air Base In Iraq
Much Of The World Doesn’t Trust President Trump, Pew Survey Finds
Iran warns US not retaliate over missile attack in Iraq
War Powers Resolution On Iran Is Latest Attempt By Congress To Reclaim Clout
Mike Pompeo On Drone Strike That Killed Iran’s Top Military Leader: ‘We Got It Right’
McConnell Will Move Ahead With Impeachment Trial Rules Without Democrats’ Support

Crosscut
‘It affects the entire family’: Washington parents now work alongside teens in mental health recovery
Federal Way made it harder to evict renters without ‘good cause.’ The entire state might do the same
An Iranian-born woman held at the Canadian border for 11 hours tells her story