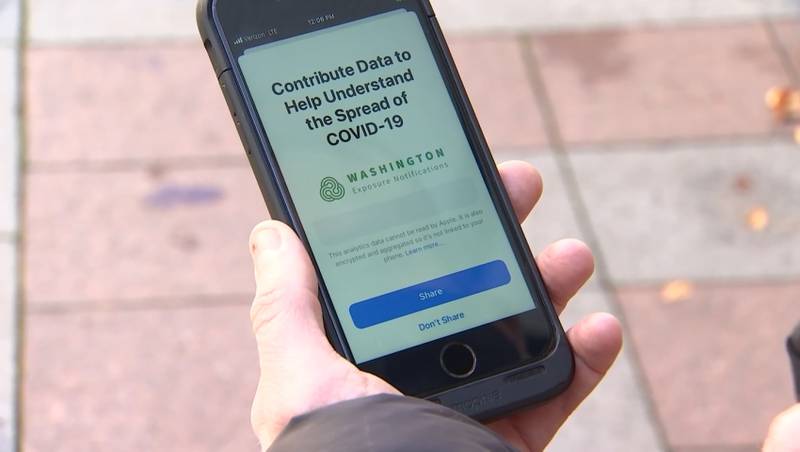 WA Notify saved lives, officials say
The Washington State Department of Health reported Wednesday that its COVID-19 exposure notification tool saved an estimated 30-120 lives and likely prevented about 6,000 cases during its first four months while in use. Researchers at the University of Washington and the DOH released the results on Monday after conducting a modeling study of the tool.Since Nov. 30, 2020, more than 2 million people have enabled WA Notify since it launched, according to a release. Continue reading at KIRO 7.

Washington can expect a warmer, drier summer – and more wildfires
The threat of wildfires in much of Washington state is expected to be above average this summer as hot and dry conditions are predicted through September. This May was warm and dry across much of the Pacific Northwest, with the exception of some areas of the Cascades and in Western Washington. Most of Eastern Washington and Southwest Oregon saw less than 10% of their average precipitation for the month, according to a fire outlook report by the Predictive Services of the National Interagency Fire Center. Continue reading at Bellevue Reporter. (Laura Knowlton)

Kitsap Sun
Got a COVID-19 shot from the VA or DoD? You can’t win WA’s vaccine lottery. Here’s why.

News Tribune (subscription required)
Despite pandemic, students of color at this high school made sure their voices were heard
Tacoma man pleads guilty to setting fire to Seattle police building during 2020 protests
Will the COVID vaccine prize lottery get Pierce County to 70 percent?
Puyallup approves restaurant gift cards as incentive for COVID-19 vaccinations
Editorial: Washington gives cash, other perks to go get vaccinated. How about to go back to work?

KXLY (ABC)
‘This is an amazing moment in our state’; Washington on the verge of reopening