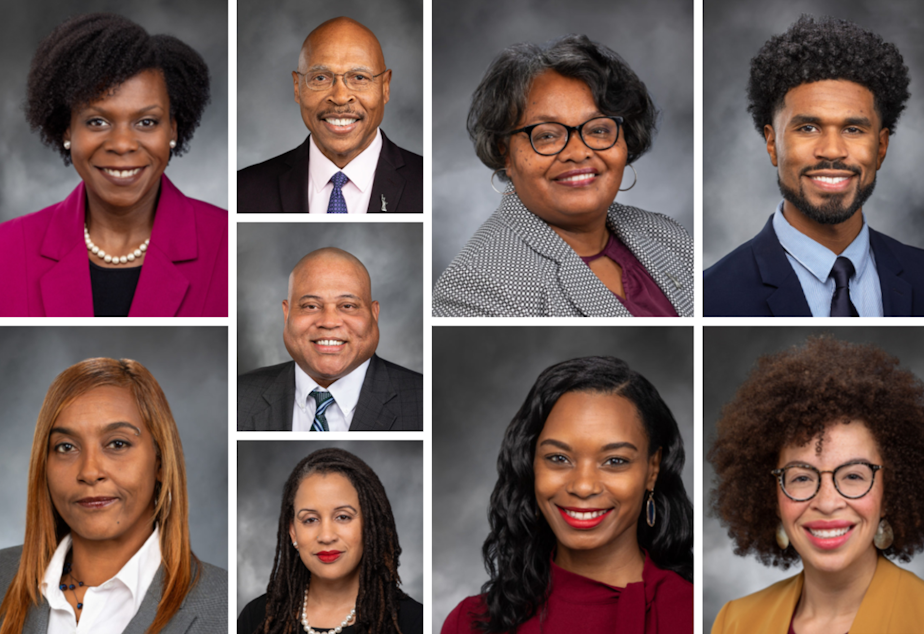 ‘We have … a voice.’ Black lawmakers are changing the conversation in Olympia
This year the members led on a number of issues, including the enactment of sweeping police accountability measures and passage of a bill that made Juneteenth a state holiday. The caucus used its collective voice to urge Gov. Jay Inslee to extend the state’s eviction moratorium. The caucus also issued statements following the conviction of former Minneapolis police officer Derek Chauvin for the murder of George Floyd and following the decision to charge three Tacoma police officers in the killing of Manny Ellis. Continue reading at KUOW. (Northwest News Network) Seattle police response to protests last summer made things worse, report says
The Seattle Police Department needs to find a better way to interact with anti-police demonstrators, including allowing officers to express solidarity with protesters marching against police brutality and racism, according to the first in a series of detailed critiques of the department’s response to racial justice protests in downtown Seattle. Continue reading at The Seattle Times. (Amanda Snyder/The Seattle Times)

Despite Canadian easing, US extends land border restrictions
The U.S. government on Wednesday extended the closure of the land borders with Canada and Mexico to non-essential travelers until at least Aug. 21. The announcement by the Department of Homeland Security came two days after the Canadian government announced it would begin letting fully vaccinated U.S. citizens into Canada on Aug. 9, and those from the rest of the world on Sept. 7. Continue reading at Everett Herald. (Paul Chiasson/AP File)

New York Times
Sizzling temperatures are forecast to spread across much of the U.S.
How Tech Won the Pandemic and Now May Never Lose
Why Vaccinated People Are Getting ‘Breakthrough’ Infections

Crosscut
What’s in a name?