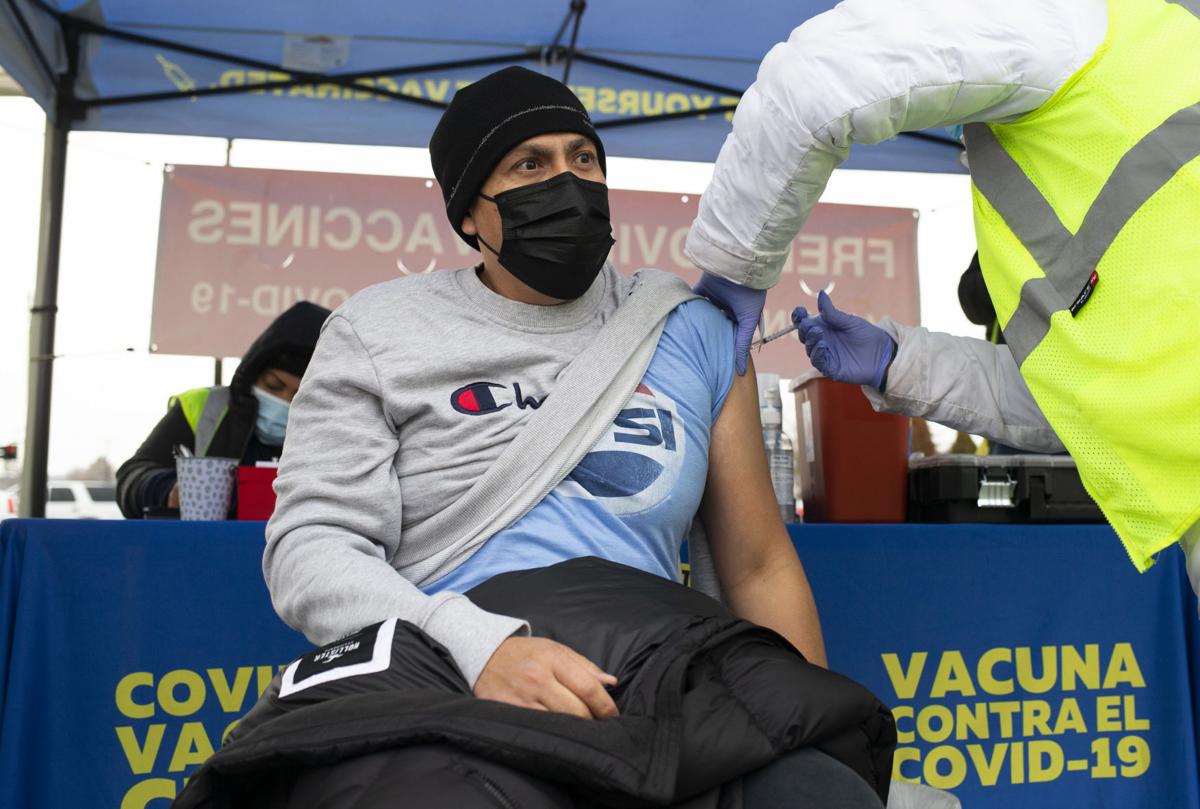 State reports: COVID hit communities of color harder; Yakima Valley groups press outreach efforts
It’s been a stubborn data set during the pandemic: Rates of COVID-19 cases, hospitalizations and deaths are generally higher in communities of color than among white Washingtonians, according to the state Department of Health. Advocates say outreach efforts remain important, and vaccination rates among Latinos in Washington are improving. The state has looked at discrepancies in the age-adjusted rates of COVID cases, hospitalizations and deaths based on racial and ethnic groups since the start of the pandemic, with reports issued twice a month. Continue reading at The Yakima Herald-Republic. (Evan Abell)

How to make Washington State Ferries shipshape again
Unless leaders at Washington State Ferries can generate a tidal wave of new money and staffing ideas, the fleet could remain in dire straits through 2022 and beyond. The nation’s largest ferry system, which traditionally completes 99% of scheduled sailings, slid to 90% this summer and 70% by early October, mainly because of crew shortages. WSF then retreated to what it calls an “alternative schedule,” which removed one vessel from most routes, slashing capacity one-third. Continue reading at The Seattle Times. (Steve Ringman)

Vaccine mandate for federal workers goes into effect Monday
Monday marks a key deadline for part of President Joe Biden’s federal COVID-19 vaccine mandate. Back in September, Biden signed Executive Order 14043, requiring 3.5 million federal employees to show they are fully vaccinated by Nov. 22, in order to be considered compliant. According to one U.S. official, “more than 90% of federal workers” have had at least one shot by today’s deadline. Continue reading at The Associated Press.

Tri-City Herald
More changes on the COVID vaccine mandate for 11,000 Hanford workers
Homeless Pasco man dies after being found unconscious in his Franklin jail cell
Columbia River shoreline finally clear of toxic algae in Tri-Cities. But will it return?
Here are the latest Tri-Cities COVID deaths, new cases and vaccine news
1 Tri-Cities school to keep its Native American mascot for now. Another school must change
Free Thanksgiving dinner and turkeys in Tri-Cities. Where to find them and how to help

KING 5 TV (NBC)
Your paycheck will be smaller in January due to the Washington Cares Fund (Macri)
Snohomish County teen uses TikTok fame to advocate for Black, trans rights

NW Public Radio
More Than 600 Days And Counting. When Will Inslee’s State Of Emergency End?

Crosscut
Measuring the toll of a broken child care system