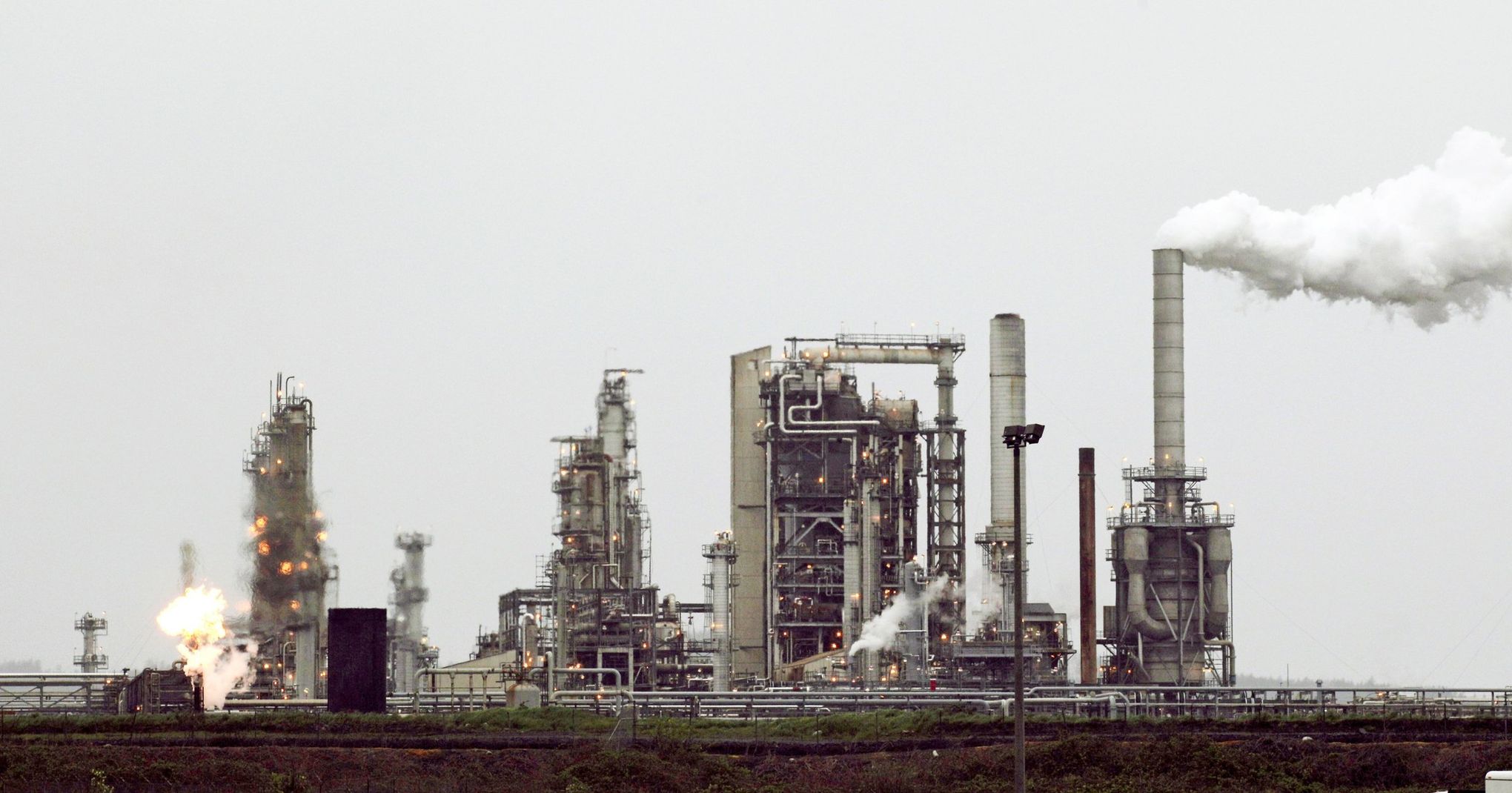 WA will soon put a price on carbon emissions for its biggest polluters. Here’s how it will work
They say the best solution is always the simplest. But what could be Washington’s greatest weapon against climate change — or yet another roadblock — is anything but. A new program launching in January will put a cap on fossil fuel emissions and require nearly a hundred of the state’s biggest polluters to partake in a carbon trading scheme. If successful, the state could make great strides toward achieving net-zero emissions by rebuilding the way people get energy, drive to work or power their homes — providing a model for the rest of the country while minimizing damage to its economy. Continue reading at The Seattle Times. (Ted S. Warren)

‘Difference between life and death’: New 911 tech saves vital seconds
Say you’re in Mountlake Terrace, on the border with King County. There’s an emergency. You call 911 with your cell phone. Previously, that call could’ve pinged off a cell tower in King County and been routed to a dispatcher there. That dispatcher would then find out you’re calling from Snohomish County and route you to SNO911, the agency that can send responders to your emergency. That game of telephone loses precious seconds. Continue reading at The Everett Herald. (Kevin Clark) Pfizer covid shot 80 percent effective in young kids, early data shows
Pfizer and its German partner, BioNTech, said Monday that an early analysis showed their three-dose coronavirus vaccine regimen triggered a strong immune response in young children, proving 80 percent effective at preventing symptomatic infections in children 6 months to 4 years old. The results, along with other recent developments, signal that the long and frustrating wait for a vaccine for the youngest children, the last group to lack access, could be over within weeks. Continue reading at The Washington Post. (Elaine Thompson)

Bellingham Herald
Which Whatcom properties are most at risk of flooding? Check out these interactive charts

Seattle Times
Planning to buy a house in Washington? You may want to check the wildfire risk
Joshua Freed, former Bothell mayor and GOP gubernatorial candidate, accused of misleading real estate investors
WA will soon put a price on carbon emissions for its biggest polluters. Here’s how it will work
Even with gas prices soaring, travelers are expected to flock to Seattle this Memorial Day weekend
‘Sitting on a gold mine’: As change comes to Lynnwood, urban growth spurs debate
Investigate West: More WA renters are overcharged for damages, advocates say, and there’s little tenants can do (Thai)
Hunger strike ends at immigration detention center in Tacoma
Kids are waiting months for psychiatric beds. Why it’s such a struggle to expand care in WA
Opinion: Keep video jury selection a permanent option in WA

Tri-City Herald
Kennewick schools to cut $5-6 million next year after failed levy. Finley to slash 12%
Kennewick is going all out for pickleball. Here’s what $1.3 million will buy
As COVID rates tick up in Tri-Cities area, here’s how to get life-saving medications
3 Richland school officials ask judge to change her mind and block their recall
PNNL develops ShAPE technology for automotive industry

KNKX Public Radio
Nurses have had an up-close view of the pandemic deaths in the U.S.

KUOW Public Radio
All I Want to Do Is Feed My Baby’ – the Struggle Facing Parents of Babies Who Need Specialized Formula
Pfizer says its COVID-19 vaccine produces a strong immune response in kids under 5
Worried you’ve been exposed to Covid? Help could be just a swipe away

MyNorthwest
78,000 pounds of infant formula arrives in US
Mayor’s search for permanent Police Chief looms over Seattle amid depleting law enforcement numbers
Revive I-5, Montlake Bridge closure will cause traffic issues this weekend
Report on 2020 protests recommends new training for SPD, debunks “mob psychology”
Point Defiance outer loop closes to cars due to instability
King County executive initiates plan to conserve and save the region’s wilderness
Drought may impact most of Pacific Northwest this summer
A guide to locate baby formula from Washington’s Department of Health