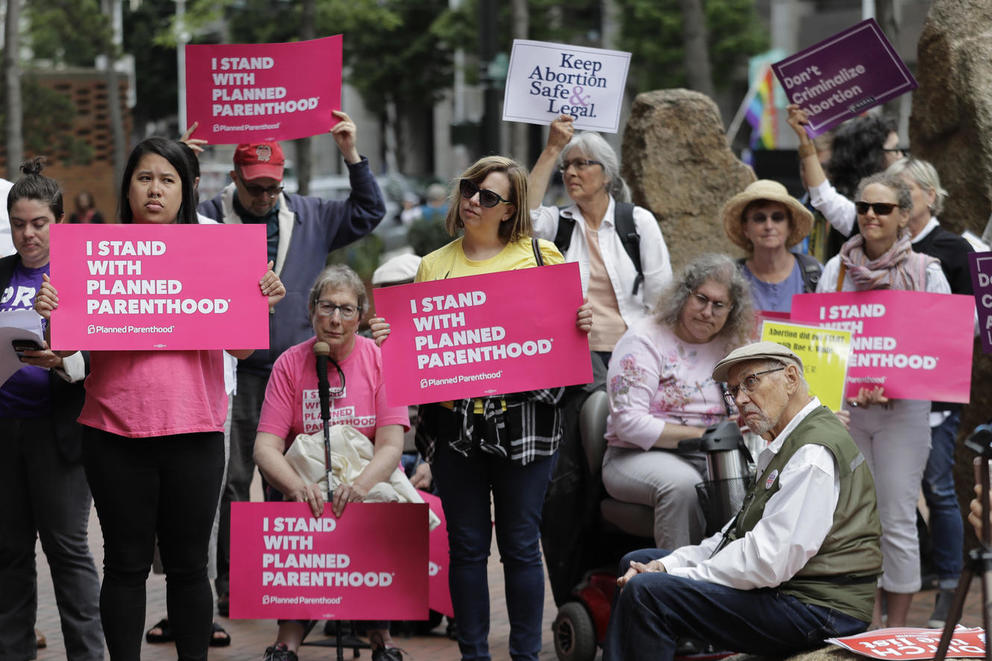 Who is traveling to Washington for abortion care?
Two months after an abortion ban went into effect in Idaho, medical clinics in Washington are reporting an increase in patients crossing the border for care. But rather than a one-time surge tied to specific legislation, advocates describe an ongoing, sustained need for abortion access in Washington as more states throughout the country adopt abortion bans and more patients are forced to travel from as far away as Texas and Florida to seek treatment in a state where abortion is still legal. Continue reading at Crosscut. (Ted S. Warren) Secret files reveal Boeing doctor warned of toxic risks, birth defects
On March 18, 1980, one of Boeing’s top doctors made “a rather disastrous attempt” to alert company leadership to a problem that could be fatal. “During the ‘routine and usual’ course of their employment,” tens of thousands of Boeing workers in the Puget Sound region were being exposed to “probably hazardous” and “certainly uncontrolled” amounts of toxic chemical mixtures, Dr. Barry Dunphy warned in a presentation to the company’s president. His pitch failed. Continue reading at The Everett Herald. (Jennifer Buchanan)

Seattle students walk out, demanding better gun safety measures
The shooting death of a student at Ingraham High School last week prompted Seattle students across the district to walk out of classes in protest Monday. Students planned to assemble at Seattle City Hall at 11:30 a.m. to demand more mental health support, more restrictions on gun access and more training for security staff in schools. Hundreds of kids participated in similar rallies last school year, held in response to school shootings in Michigan and Texas and threats of school violence in Seattle and across the country. Continue reading at The Seattle Times.

Bellingham Herald
550 acres saved, 4,950 to go. Community group moves to protect eco-sensitive Whatcom land
Some Whatcom roads might not get plowed right away this winter. Here’s why.

News Tribune
Update: Four University of Idaho students found dead near campus after reported homicides
WA elections officials face slowdown in signature-checking process. Why? Try software
Homeless shelter will be a first for Tacoma. Where will it be and what makes it different?

KNKX Public Radio
RSV: What’s behind the surge, and how to contain it

Crosscut
The fight for consistent rights for Indigenous tribes in WA and beyond
Seattle’s budget hole is projected to grow $82 million deeper
What the Air Quality Index doesn’t tell us about smoke dangers
Who is traveling to Washington for abortion care?