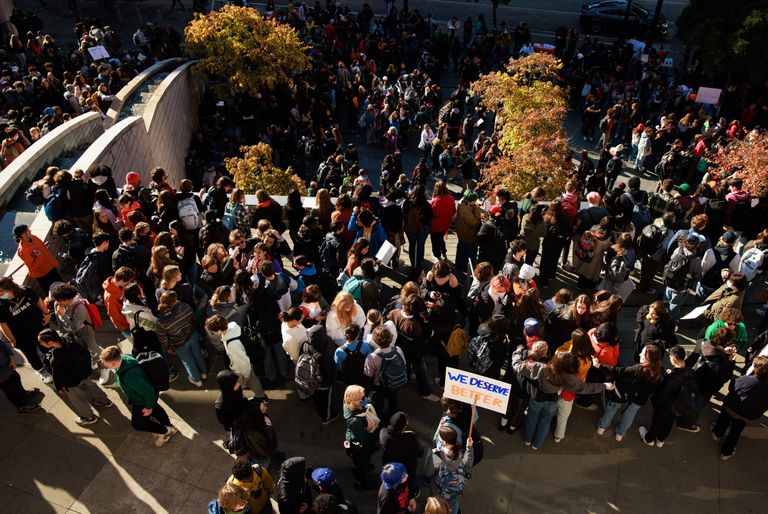 Our kids deserve to be safe from gun violence at school (Rep. Berry & Sen. Pedersen)
Like many Washingtonians, when we hear about gun violence in our community, we want to take action to prevent similar tragedies. Our kids deserve to feel safe at school. But we live in a country that has more guns than people, and so it is easy to feel hopeless in the fight for common-sense action on gun safety. Washingtonians have once again elected pro-gun-safety majorities to the state Legislature. We intend to partner with our colleagues and use our power to prevent tragedies and save lives. Continue reading at The Seattle Times. (Erika Schultz) 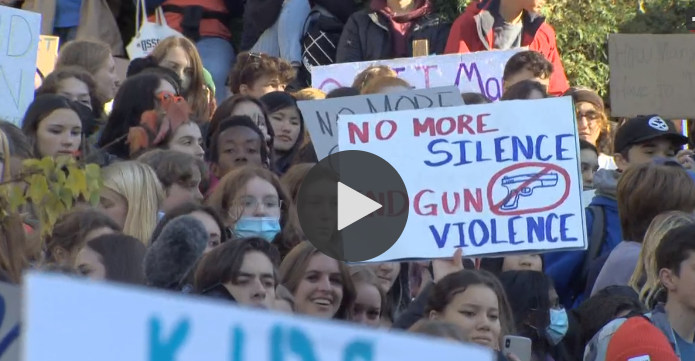 Fatal Shooting at Ingraham High School Brings Thousands to Protest Outside City Hall
At the rally, speakers recounted their terror when a 14-year-old student allegedly shot and killed a 17-year-old student in the school hallway. But they also expressed frustration that the school district, the City, and the State had failed to prevent the tragedy in the first place. “Although it is true that it is never too late to make positive changes, any action taken after today won’t change the fact that there will be another empty chair at graduation.” Continue reading at The Stranger. (Hannah Krieg)

Tri-City Herald
Last community COVID-19 test site in Tri-Cities is closing. What to know if you need a test