The Right to Vote

Across the country, legislatures are trying to make it harder for everyday folks to cast ballots. These scoundrels can’t enact their anti-middle class legislation when everyone is given an equal voice, so they are trying to rig the system in their favor by limiting access to the polls.

Washingtonians have historically supported a citizen’s right to participate in our democracy, and we are keeping that tradition alive with legislation to increase voter access.

In the House Government Operations and Elections Committee, I was proud to vote in favor of four pieces of legislation that strengthen the voice of voters, increase access to voting, and assure that everyone has the opportunity to participate in the most basic right in a democracy: casting a ballot. 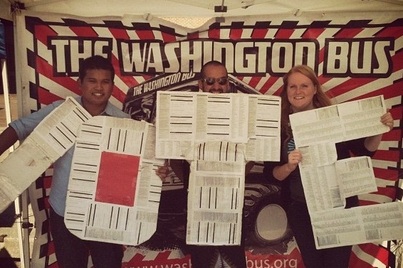 The Washington Voting Rights Act would encourage cities, towns and other local elected positions to switch from at-large elections to smaller districted elections. The bill would empower local communities that have difficulties getting community members elected in at-large elections.

In many areas of our state, at-large voting dilutes the votes of minority voters, leading to a lack of representation. The Voting Rights Act would get us closer to equal representation for all our citizens.

A bill that I have sponsored, House Bill 1267, would allow people to register to vote in person on Election Day and online eight days prior to an election.

Current law requires a person to register online at least 29 days prior to an election or eight days if registering in person. Advances in technology have made the earlier deadlines obsolete and there is no reason to keep our friends and neighbors from casting ballots just because their interest in an election is not piqued by an arbitrarily early deadline. 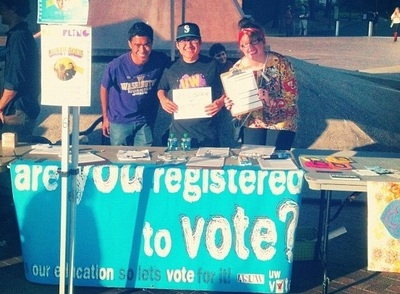 The final two bills that passed out of committee this week are HB 1290 that would increase the number of ballot drop box locations throughout the state and HB 1279 which would allow for 16- and 17-year-olds to “pre-register” to vote when they obtain a driver’s license automatically registering them to vote when they reach the age of 18.

Over forty percent of voters register when they get their drivers licenses, and a 16-year-old who will not be back at the licensing office until he or she is 21 may not vote in those intervening years and lose out on the opportunity to make voting a habit.

Every citizen in our state deserves a vote in making sure that our state continues to build strong families, a secure middle class, and a better world for our children.

Photos courtesy of The Washington Bus