Drew Hansen has represented the 23rd Legislative District (most of Kitsap County) since 2011. He serves as incoming Chair of the Civil Rights & Judiciary committee, and also serves on the Appropriations and College & Workforce Development committees.

As a legislator, Rep. Hansen is focused on job creation and job training: He expanded the Olympic College engineering program so we can train more engineers for the shipyards, he sponsored legislation to protect marine jobs by getting derelict boats out of state waters, and improved student access to computer science courses so they can train for good-paying jobs in the high-tech industry.

He also sponsored the nation’s first state-level net neutrality law, which passed with overwhelming bipartisan support and was signed into law in 2018.

You can read more about Representative Hansen here.

To see Rep. Hansen’s 2020 District Newsletter, click the image below. 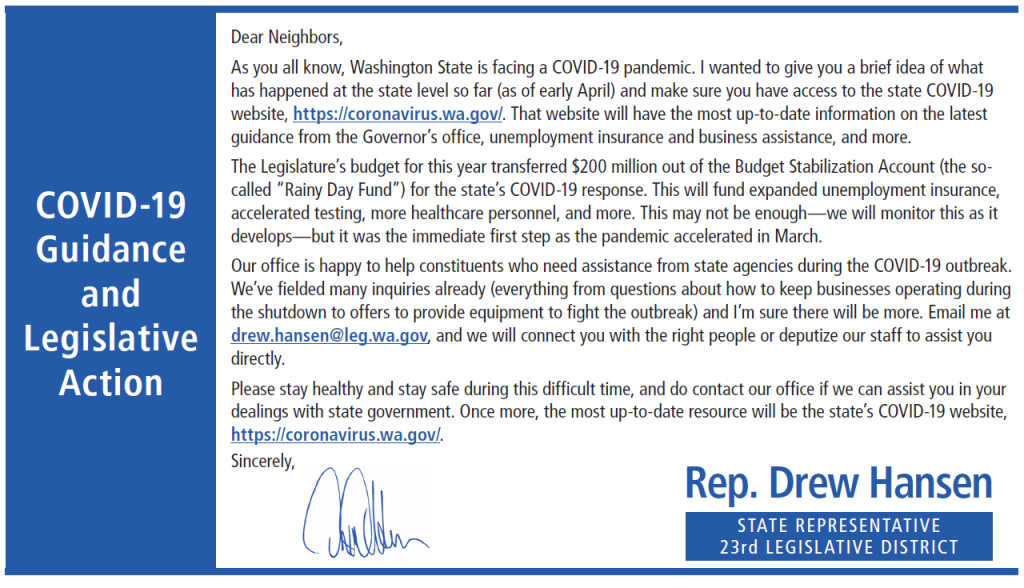 OLYMPIA – Today, the state House voted 53-44 to pass the Worker Protection Act to allow workers to sue businesses on behalf of the state for violating labor and workplace standard...