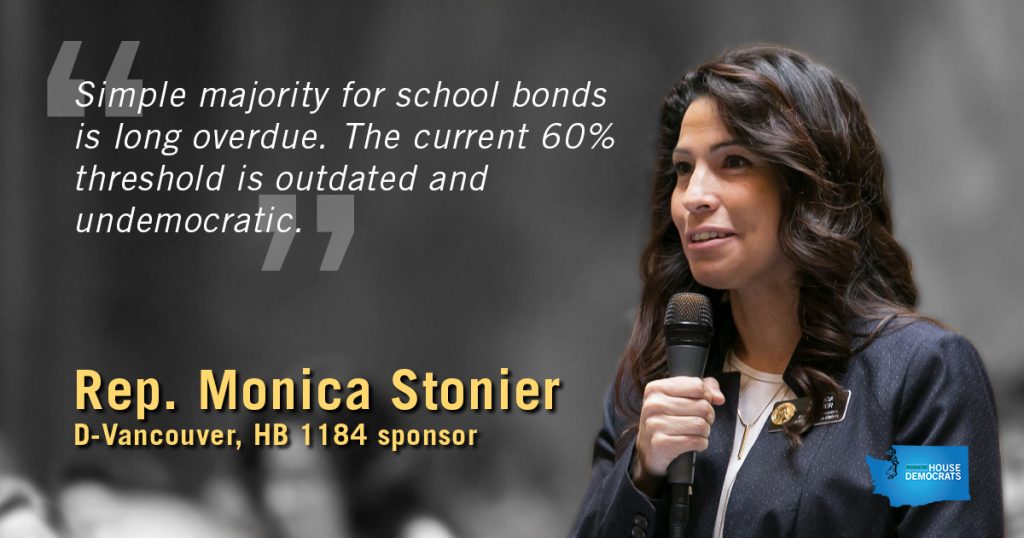 That’s been the harsh reality for Battle Ground public schools since 2016. Three times they’ve tried to win voter approval to move forward on much-needed facilities improvements, yet each time the effort has failed.

But not because the majority of voters said no. In fact, every bond vote received over 50 percent support. The bond failed each time because the state constriction requires bond measures to receive 60 percent majority for approval.

This is an outdated, archaic, and undemocratic policy imposed during the Great Depression. Passage for  school levies has since been reversed to the original simple majority threshold. It’s time to do the same for bonds. Otherwise, the minority will continue to overrule the majority.

Our schools, and our kids, are suffering. How do we expect our teachers do provide a high-quality education to every student in overcrowded classrooms, in portables with no air conditioning, or using outdated lab equipment?

Last November, 59 percent of Ferndale voters approved a school bond levy. If I won my race with 59 percent, that would be considered a landslide victory. Yet the Ferndale bond vote failed. Similar bond measures failed in Bethel and South Kitsap.

This is an issue that’s long overdue.

There’s no justifiable reason why the same margin should be considered a failure, especially when we’re talking about providing opportunities for all students to learn. The Supreme Court may have ruled the state is now fully funding education. But that will be short-lived if we allow communities like Battle Ground, Bethel, and South Kitsap to fall further behind on their facilities.

I’m glad to see editorial boards from around the state like The Columbian, Yakima Herald, Everett Herald, and Seattle Times endorse this common sense change to the constitution.

If the Legislature does not pass this policy this session, lawmakers are effectively endorsing a system of continued inequities in our public schools.