OLYMPIA – In their first floor vote of the 2018 legislative session, the House of Representatives approved a bill aimed at expanding programs that help students from low-income families receive nutritious meals in the morning.

The Washington Kids Ready to Learn Act, sponsored by Rep. Monica Stonier, D-Vancouver, would expand highly successful programs like Breakfast After the Bell to more schools across the state.

“When hungry kids are focused on where their next meal is coming from, they aren’t focused on learning,” said Stonier. “As a lifelong educator who works with public school students every day, it’s amazing to see how a snack and a piece of fruit can transform a child’s day.”

Hungry students do not achieve the same level of academic success as those who eat healthy meals for breakfast. As poverty and homelessness among children has increased, so has the number of students who go without meals in the morning.

Breakfast After the Bell offers nutritious meals to students without interrupting instructional time. Breakfast programs for low-income children are reimbursed in part or full by the federal government, and currently have low utilization rates. Breakfast After the Bell is expected to increase participation in those existing programs. By moving breakfast after the bell, instead of before, students will receive a healthy meal without having to stand in line and miss instructional opportunities.

Stonier’s bill was approved by a vote of 83-15 in the House of Representatives. Bills to help hungry students improve in school have died in the Republican-controlled Senate for the last several years. The Breakfast After the Bell bill is expected to win approval by the Senate now that Democrats are in the majority. 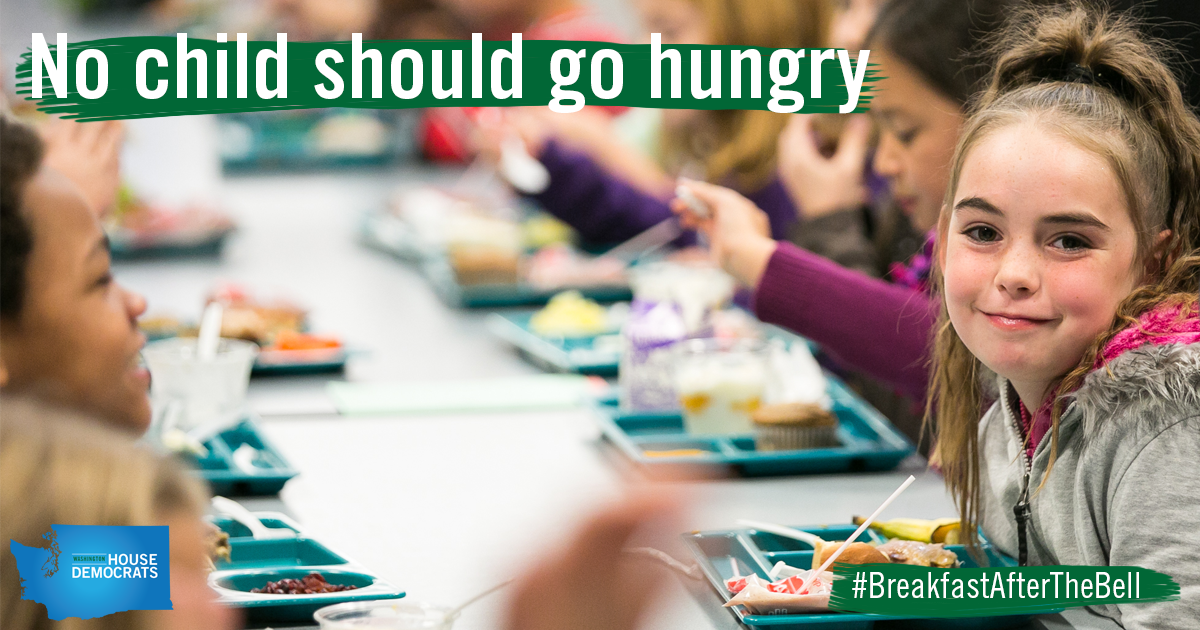