OLYMPIA—Thursday evening, the House of Representatives passed a $4.18 billion-investment capital budget on a 95-1 vote.

SB 6090 includes a record $1 billion to build new public schools, a key provision to help school districts reduce K-3 class sizes, as well as $800 million in projects at colleges and universities across the state.

In all, the budget will generate an estimated 75,000 jobs in construction, engineering and natural resources over the next four years.

“I’m glad we’ve broken through partisan gridlock to pass the capital budget, which creates jobs all over the state, builds much needed school capacity, and grows our economy,” said Rep. Zack Hudgins, D-Tukwila.

“This budget puts people to work on local projects right away, improving our communities and enriching the quality of life for working families throughout Washington,” said Rep. Steve Bergquist, D-Renton. 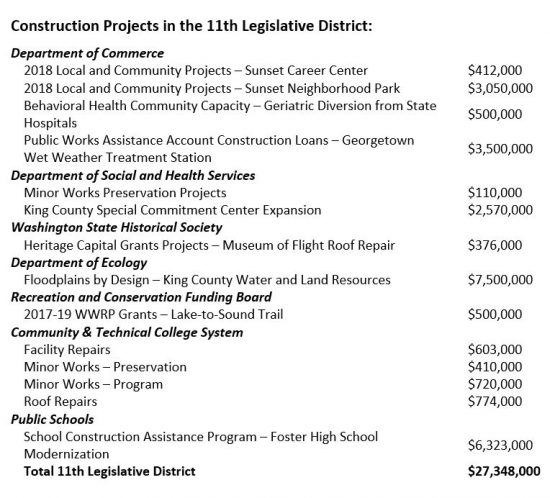