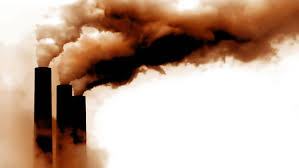 “This bill is a huge piece of the puzzle,” Ranker said of SB 5283. “This not only addresses the need to protect our communities and children’s future, it also helps us meet our constitutional and moral obligation to Washington’s one million school kids and will help address the needs of our failing roads and bridges. We must take action immediately.”

Over 70 governments across the globe, as well as dozens of jurisdictions and thousands of corporations have put a price on carbon as a way to decrease its abundancy in the environment. In Washington, however, polluters currently pay nothing.

“The longer we wait to address global climate change, the more expensive it becomes,“ said Fitzgibbon sponsor of HB 1314. “The 130 biggest greenhouse gas emitters in our state have avoided paying the costs of carbon pollution for years. These large corporations can afford to pay the public for the right to pollute our air. If we do not take immediate action to reduce the carbon emitted into our atmosphere, we are continuing to put our economy, the health of our kids and families, and our environment at risk.”

If passed into law, money collected from polluters would go toward funding basic education and transportation projects throughout the state.

“I want to thank Sen. Ranker, Rep. Fitzgibbon, and the other lawmakers who are championing the Carbon Pollution Accountability Act,” said Governor Jay Inslee. “The great number of supporters in both chambers is an exciting reflection of the growing list of diverse voices across Washington demanding climate action. From our public health leaders to communities of color, from labor to business, the call is loud and clear.”

The bill would cover an estimated 130 facilities and fuel distributors operating in the state. Sources that emit more than 25,000 metric tons of greenhouse gases per year will be subject to the fee. The bill excludes agriculture and waste management, as well as all emissions from biofuels and biomass.

“This plan will put us back on track to meet our 2020 goal of lowering greenhouse gas emissions in our state as well as reinforce Washington’s place as a leader in the fight against climate change,” Ranker said. “I am honored to lead this charge with Governor Inslee, Rep. Fitzgibbon, and my colleagues in both chambers.”