Let us tell you about a boy named Theo. Theo was born in 2014, the hottest year on record since accurate record-keeping began. In a world shaped by climate change, Theo’s future depends on the decisions we make today.

There is consensus within the scientific community that climate change is happening and  that it is being caused by emissions of carbon dioxide and other greenhouse gases. Humans are causing this problem, and we can choose to be part of the solution.

Think about what Theo’s future will look like if we do not act on climate change.

Increasingly destructive forest fires will contribute to Theo’s asthma. On top of that, the money the state spends dealing with natural disasters like last year’s Carlton Complex mega-fire or the Oso landslide means less money for education so that in 2020, when Theo starts kindergarten, he will be in an underfunded, overcrowded classroom. 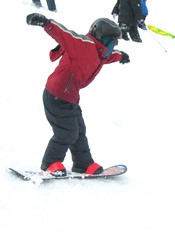 With a noticeable lack of snowpack, Theo won’t be able to experience the father-son snowboarding trips his dad enjoyed with his father at Stevens Pass. Unfortunately, the lack of snow will affect not just Theo, but all of the local businesses that provide rentals, food, and other services to our state’s recreational visitors. Washington’s outdoor recreation economy currently accounts for over $21 billion spent in our state annually and supports nearly 200,000 jobs. Many of these jobs will disappear if big corporations continue to pollute our air and water unabated.

Carbon pollution from industrial corporations will continue to acidify our oceans, killing fish, whales and plant life that make our state a beautiful place to call home. The impacts of ocean acidification are already taking a toll on our state’s shellfish industry, which currently contributes an estimated $270 million a year to the Pacific Northwest economy and supports 3200 jobs.

Fire-ravaged forests, reduced snowpack and acidifying oceans are already a reality as a result of climate change. Taken alone, these effects are worrisome. But it is what they signify that is downright terrifying. Without global action to address climate change, it is only a matter of time before we face catastrophic droughts, floods, and ensuing wars and famines.

This problem is not going away. The longer we wait to address it, the more expensive it will be to solve. 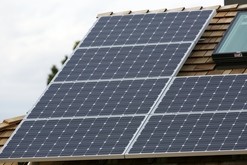 In 2035, 21-year-old Theo will just be starting out his life as an adult. Unfortunately for him, if we fail to move towards meeting our climate goals, he will be trying to find a job in an economy that is falling apart trying to shift to a greener economy overnight.

Together we can build a clean economy.

We can take action right now to protect the future for Theo and all of Washington’s children. We have an opportunity right now to gradually shift our economy away from dirty, dangerous fuels to safe, clean energy. Joe has introduced a measure to create a market-based greenhouse gas emissions program, which will hold corporations accountable for the pollution they create. The Carbon Pollution Accountability Act passed out of committee this week – moving it one step closer to becoming law.

The bill would place a limit on the total amount of carbon that could be emitted in our state. The limit would decrease over time. Major polluters would be required to pay for the emissions they put into our atmosphere. By starting now, polluters would have time to transition to cleaner technology and more efficient operations.

The program would generate around $1 billion each year which would go towards things that benefit everyone in our state like transportation, education, affordable housing and a tax rebate for working families.

We don’t have to choose between a strong economy and a healthy, livable environment – future generations deserve both. By facing the reality of climate change and not delaying action any further, we can work together to build a better world for our children. 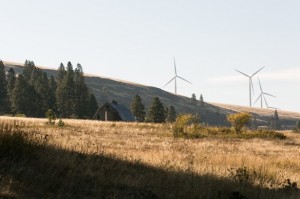