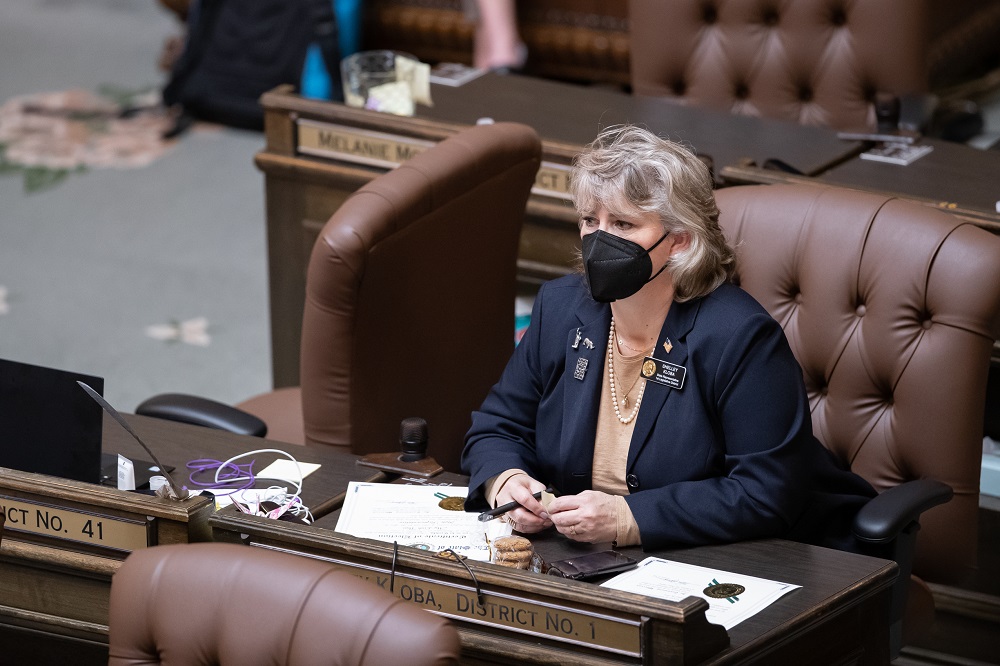 Representative Shelley Kloba’s journey to the state Legislature started as a parent advocate at her daughter’s public schools. Inspired by her experience advocating for her local PTA, she served a four-year term on the Kirkland Park Board and as a trustee for the Lake Washington School Foundation. In 2011, she was elected to serve as the Washington State PTA Legislative Director. After two years of working with policy makers, she was appointed and then elected to the Kirkland City Council, serving from 2013 to 2016.

While serving as a councilmember, Representative Kloba was actively involved in supporting kids and families on the Eastside Human Services Forum, the King County Domestic Violence Initiative, the King County Cities Climate Collaboration, and the King County Board of Health.

In November 2016, Representative Kloba was elected to her first term in the State House of Representatives, where she now serves as, Chair of the Commerce & Gaming Committee as well as on the Rural Development, Agriculture & Natural Resources and Capital Budget committees.

Since joining the Legislature, Representative Kloba has taken a lead role in gambling policy, serving on the problem gambling task force and as an ex-officio member of the Washington State Gambling Commission. In 2019, she passed legislation that created a voluntary program allowing people who struggle with gambling disorder to exclude themselves from gambling at multiple venues in a streamlined process. She has also been instrumental in evolving our state’s new legal cannabis industry, ensuring that children are protected, patients have access, and businesses have clear guidelines to operate.

Representative Kloba is also one of Washington’s foremost advocates for data privacy. As sponsor of the People’s Privacy Act, she is leading the fight for individuals to have the right to control their own data as well as for a meaningful avenue for recourse when those rights are violated.