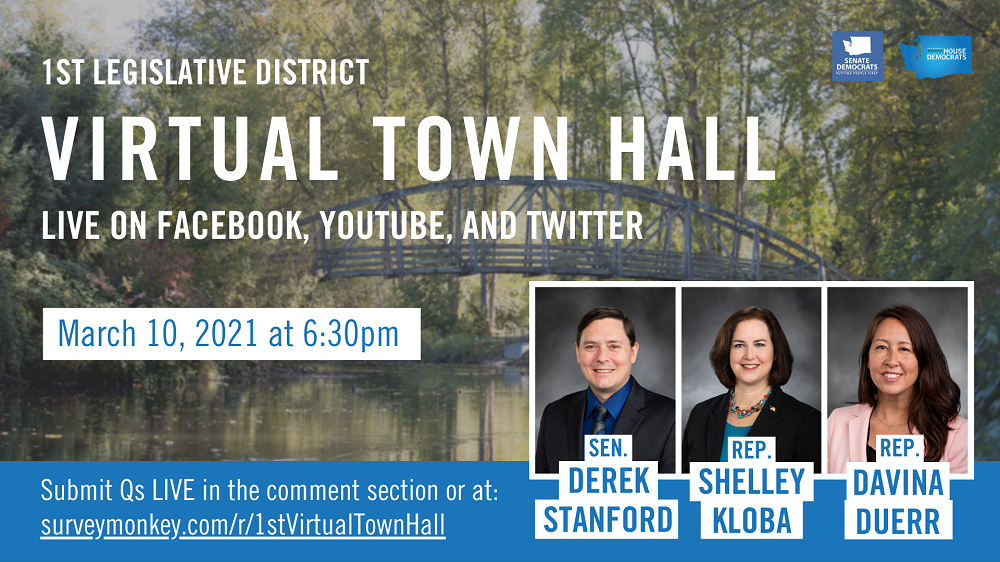 Please join Sen. Derek Stanford, Rep. Davina Duerr and me TONIGHT for our first ever 1st District Virtual Town Hall. The town hall will be streamed live on the Senate Democratic Caucus’ Facebook, Twitter, and YouTube pages as well as on my own Facebook page. You can submit questions in advance at surveymonkey.com/r/1stVirtualTownHall.

Yesterday was the House of origin cutoff. Bills that had not been passed by the chamber that they were proposed in will no longer be considered. Each chamber will now begin the committee process for bills that the other chamber passed.

Three of the bills I sponsored were passed by the House of Representatives. They will now be considered by the Senate.

Passed the House 69-29, referred to the Senate Law & Justice Committee

HB 1430 State leases- Changes the maximum length of a lease managed by the Department of Natural Resources from 55 to 99 years for commercial, industrial, business or recreational purposes. This was requested by DNR in order to become more competitive when leasing commercial properties and give them the opportunity to maximize the public benefit revenues from these lands.