We are well into the 2015 legislative session here in Olympia and I wanted to let you know about some of the work we are doing. It’s a big year, with a lot of discussion about the budget, a transportation package, fully funding basic education, our broken mental health care system, and so many other important issues. While I expect there to be a lot of discussion and some disagreement, I also believe there is common ground that will result in a successful and productive session.

Since the passing of our state’s Equal Pay Act in 1943, we have made great strides in narrowing the gender pay gap.  On average, women currently make 80 cents to the man’s dollar. But as unequal pay persists, and with our new economy, we need to take a fresh look at what it takes to ensure opportunities and fairness for all workers.

I am proud to have introduced the Equal Pay Opportunity Act, HB 1646, with bi-partisan support. If passed, it will allow employees to discuss their wages without fear of retaliation. Information is power. If an employee does not know they are being paid unfairly, they cannot address it.

As a young advocate testified, “Women are worth more than spare change.”

Here is a video that includes additional details on the issue, bill and testimony. 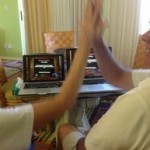 The House has taken its first votes of the 2015 session. The bills, which passed with broad bipartisan support, addressed issues around our mental health system as well as funding for some emergency services.

The House unanimously passed “Joel’s Law.” The bill, named after Joel Reuter – a young man who was tragically killed by police while suffering from a mental health crisis – became the first bill approved by the House this session.

Joel’s Law would allow families to get a second opinion to determine if their loved one needs to be involuntarily committed. Joel’s parents tried desperately to get their son the help he needed, but unnecessary barriers in the legal system prevented them from doing so.

In addition to Joel’s Law, the House passed a small supplemental budget bill that includes payments to cover emergency services from Oso and forest fire relief to mental health crises. The passage of the bill at this early stage also aims to save taxpayers $20,000 a day in interest costs accruing from a court case.

In Washington State, roughly 50% of incoming kindergarteners arrive on their first 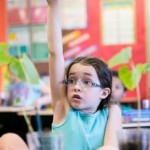 day unprepared. With that in mind, I was pleased by the bi-partisan vote to move forward an important bill from my Early Learning and Human Services Committee.

The Early Start Act (HB 1491), introduced by my colleague, Rep. Ruth Kagi (D), seeks to improve the quality of early learning programs across our state. By continuing and expanding Early Achievers, a statewide ranking system, and making those results accessible to parents, families are given the opportunity to choose which provider is the best fit for their child.

I look forward to supporting this legislation and helping Washington’s children start their educational career on the right path!

I’m excited to work on behalf of the 41st Legislative District and hope you’ll contact my office to let me know what is important to you.