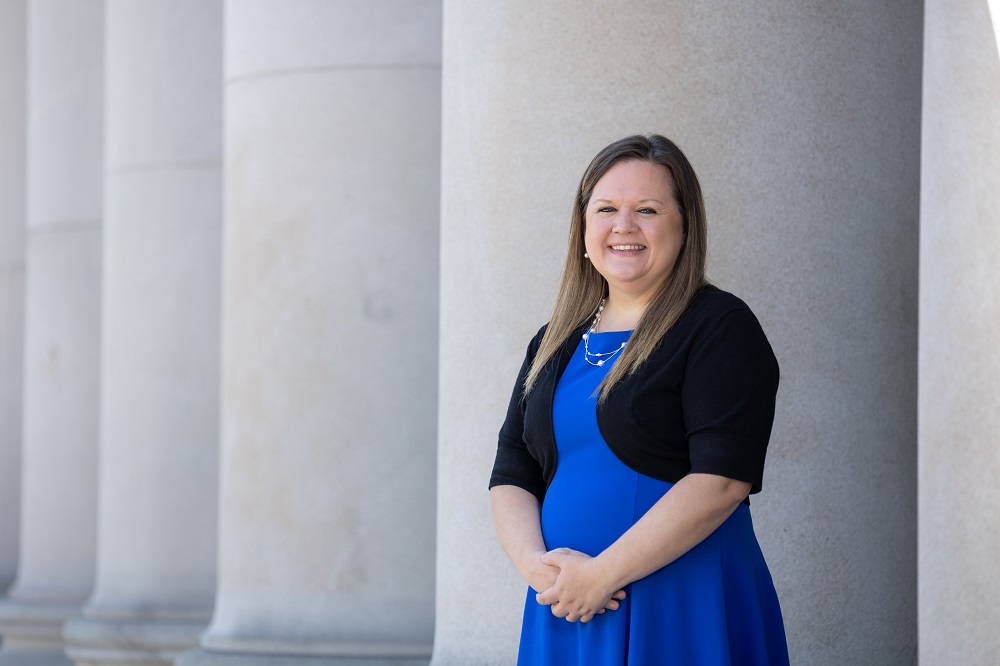 Overcoming obstacles is a persistent theme in Tarra Simmons’ life. Raised in Bremerton, Tarra had a difficult upbringing. Surrounded by trauma and violence at home, she dropped out of middle school at the age of 13 and was pregnant by 14. Despite giving birth to a son when she was 15 years old, Tarra managed to find her way back to school and became the first person in her family to graduate from high school. By 21 she had graduated from Pacific Lutheran University with a degree in nursing and embarked on a career as a registered nurse. However – as is often the case for people with adverse childhood experiences – Tarra suffered with behavioral health issues including substance use disorder. Rock bottom came in 2011 when she was sentenced to 30 months in prison.

Upon leaving prison, Tarra found herself facing the challenges of re-entering society after incarceration. Despite her nursing degree, she was only able to find a job at Burger King. With her wages still being garnished to pay for court fees, she faced economic insecurity, housing instability, and a lack of employment options, all while trying to rebuild her relationship with her children. Despite these challenges, Tarra continued on her path to recovery and applied to law school so that she could impact change at a higher level. Having experienced the lows of opioid use disorder and been through a justice system that does everything it can to hold people down, she knew that the changes that she needed to make were systemic.

After graduating from Seattle University with honors she received the prestigious Skadden fellowship, which supports talented lawyers in pursuing public interest law. Tarra focused her efforts on providing legal counsel to formerly incarcerated people so they could end their involvement with the criminal justice system. However, when the Washington State Bar refused to admit her because of her past, Tarra took a stand for everyone who has been incarcerated. She challenged the Bar all the way to the State Supreme Court, where she won a unanimous, same-day decision.

Since then Tarra has continued working to help formerly incarcerated people re-integrate into society. She is the co-founder and director of the Civil Survival Project, a program housed under the Public Defender Association that provides legal services and advocacy for formerly incarcerated people. Gov. Jay Inslee appointed her to the Washington State Reentry Council where she served as co-chair for four years, as well as the Public Defense Advisory Board. She also serves as an advisory board member to the Washington Supreme Court Gender and Justice Commission and is on the board of the Economic Opportunity Institute.

Tarra will fight for everyone in our community, because she knows that each and every one of us has immense potential. Having survived poverty, violence, trauma, substance use disorder and incarceration, Tarra knows that sometimes all it takes is a helping hand and a second chance for someone to flourish. She also knows all too well the pitfalls of a criminal justice system that merely punishes people instead of working to uplift and support them. Tarra will fight, as so many people in her community did for her, to build fairer and more equitable criminal justice and education systems. She understands how the law impacts low-income people on a daily basis because she has lived it. As a member of the Public Safety, Civil Rights & Judiciary, and Healthcare & Wellness committees, Tarra brings that lived experience to Olympia where she fights to reduce incarceration, increase access to behavioral and mental health, and ease re-entry of formerly incarcerated people back into society.

Tarra lives in Bremerton with her two sons and dog, Anna.