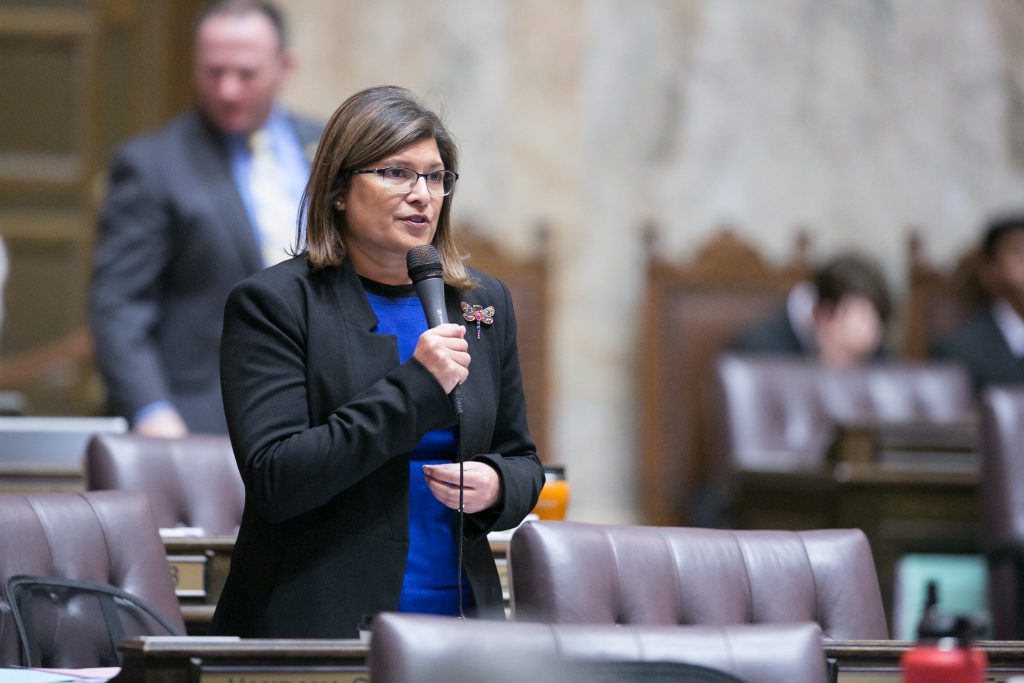 Dr. Vandana Slatter is a State Representative in the Washington State Legislature, representing the 48th Legislative District, which includes parts of Bellevue, Redmond, Kirkland and all of Clyde Hill, Medina, Yarrow Point and Hunts Point. She chairs the House Post Secondary Education & Workforce Committee and serves on the Environment & Energy, and the Appropriations Committees. She also is Co-chair of the Science, Technology and Innovation Caucus, and serves on the Future of Work Task Force, the Electric Airplane Working Group, and the Sustainable Aviation Biofuels Work Group.

Her public service activities include advocacy for access to medicine, healthcare, and education. She currently serves on the UW Evans School Advisory Board. In 2007, Vandana was appointed by Governor Gregoire to a four-year term on the Washington State Board of Pharmacy. She has also served on the boards of NARAL Pro-Choice Washington, the Children’s Institute for Learning Differences, the Overlake Hospital Foundation, and Farmer Frog.

Prior to being elected to the Bellevue City Council in 2015, Vandana worked for over 20 years as a clinical scientist in leading biotech/pharma companies Amgen, Genentech/Roche, UCB Pharma & Pharmacia/Pfizer. She also worked as a hospital pharmacist at Battle Creek Health Systems in Michigan.

Vandana, her husband Greg and their son have called Bellevue home since 2003.