Along with summer comes the time when new state laws and pandemic recovery programs passed by the legislature this year are implemented.

Now that the state has reopened, I hope we’ll have more chances to connect in person. But that depends on our ability to slow the spread of the highly contagious Delta variant. We can do that by doubling down on the public health guidelines like masking up indoors that we’ve perfected over the last year and a half.

I also hope you’ve taken the time to get vaccinated against the Coronavirus. Millions of Washingtonians—including me—have already been immunized in the last few months and our experience has been great! It’s our ticket back to the outside world, and just about the only people experiencing significant illness from COVID-19 now are those who are not yet vaccinated.

Keep reading to see some of the work I’ve been doing recently.

Thanks for taking the time to read this update,

Youth deserve a second chance and a fresh start

For years, our state’s juvenile criminal legal system has functioned as a trauma-to-prison pipeline. Youth have a capacity for change as their brain keeps developing into adulthood, but we take away that chance to turn their lives around when we incarcerate youth with very long sentences. That’s an injustice that falls hardest on Black, Indigenous, and youth of color.

Under certain circumstances, a person incarcerated for an offense committed as a young adult can petition for release after serving 15 years. However, the law arbitrarily draws a line at age 18 even though we know brain science shows that a person’s brain is not fully developed for several more years—the consensus is about 25 years old.

That’s why I introduced HB 1344 this year: to provide that opportunity for a second chance to people incarcerated for an offense committed under the age of 25 by allowing them to petition for release after 15 years, with some exceptions. Our proposal acknowledges that crimes committed by young people can be a product of a developing brain afflicted by trauma, violence, poverty, and racism.

These same youth are at great risk for recidivism. They need rehabilitation after committing a crime that may be related to the decision-making skills of an undeveloped brain, but instead the criminal legal system labels them as offenders for life by using their juvenile crimes to automatically impose longer sentences as adults. I introduced HB 1413 to prohibit the practice of scoring juvenile offenses in sentencing calculations because we need to acknowledge that undeveloped brains can be a factor in criminal behavior.

I was proud to work with a wide array of advocates around our state and in our community to bring these reforms to the legislature in my first session as your representative. Our work continues, and I am committed to building on the progress we made this year as I prepare for the next legislative session. 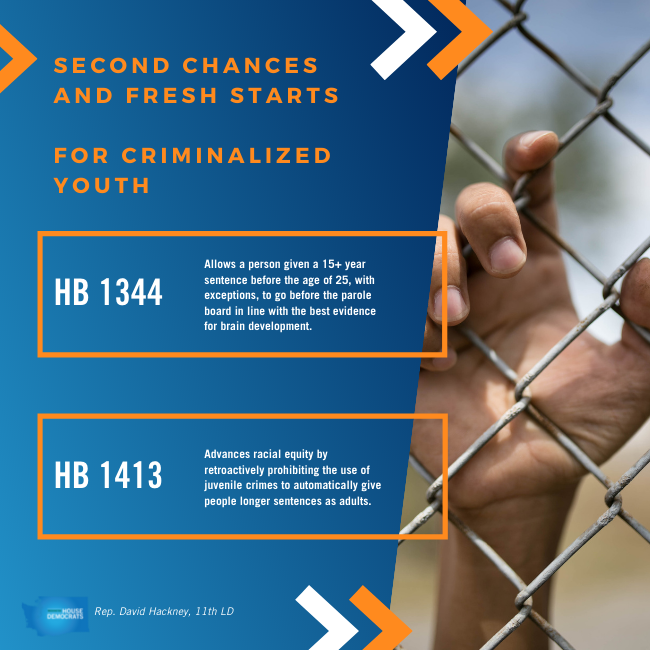 Christopher Blackwell grew up in the Hilltop area of Tacoma, Washington in the early 90’s. He was raised by a single parent in a neighborhood overrun by gangs and drugs. His first experience with incarceration came at the age of 11, a path that continued to plague him throughout his childhood. By the age of 16 he had accumulated almost a dozen juvenile felony charges for things like burglary and simple possession—all of which he was forced into a plea deal, often without a parent present.

During one of his early experiences with incarceration he remembers being stripped to his boxers, hogtied, and sent to solitary at the age of 12. The only thing he learned from his many years in and out of Washington’s juvenile detention centers was to how to be a better criminal and how to survive in toxic environments. The system failed him.

As time went on, Christopher’s encounters with the courts continued, eventually landing him in the adult courts at the age of 22. Once there, his complete juvenile record was used against him to almost double his sentence.

Now, 40, Christopher is working towards a Bachelor’s degree (after dropping out in the 9th grade), is a journalist with bylines in some of the biggest publications in the world (The Washington Post, The Boston Globe, BuzzFeed, HuffPost, and many more), is a trained restorative justice facilitator, and works to mentor younger men. These accomplishments show us that he wasn’t irredeemable, he was simply placed in a system designed for him to fail. Christopher has taken full accountability for the grave harm he has caused and has worked hard to rehabilitate himself. Yet, regardless of the work he has done, he will remain incarcerated until he is in his 60s. 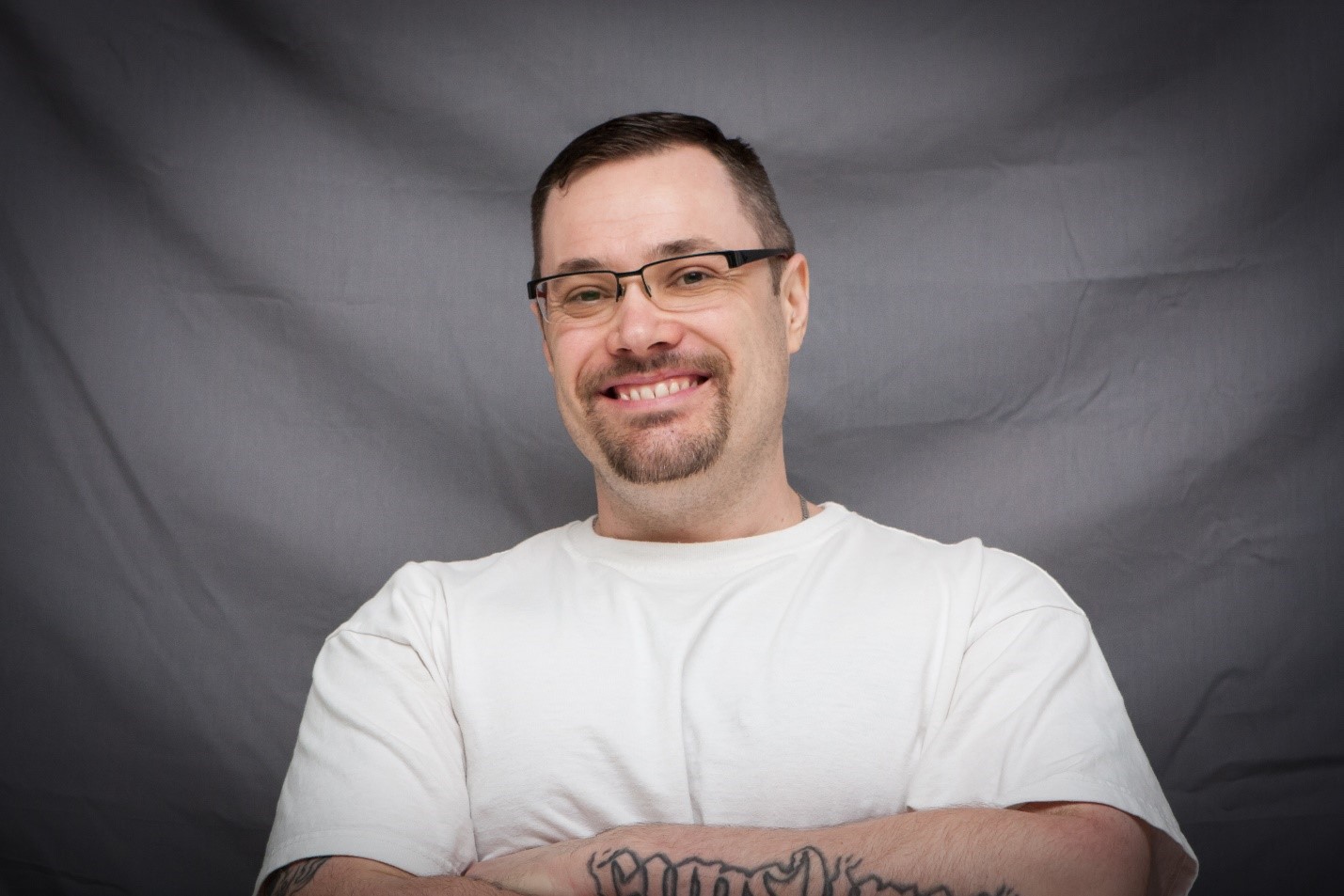 Since our state reopened, I have been thrilled to be able to get out into our community while remaining cognizant of the Coronavirus Delta variant, to meet with constituents and see some of the great work happening around us.

I recently had the great privilege of visiting Renton’s Sunset neighborhood with the Renton Housing Authority. Our community has a critical need for affordable housing, and I look forward to partnering with organizations like the RHA, advocates and constituents in our district to ensure we preserve and expand affordable housing options. 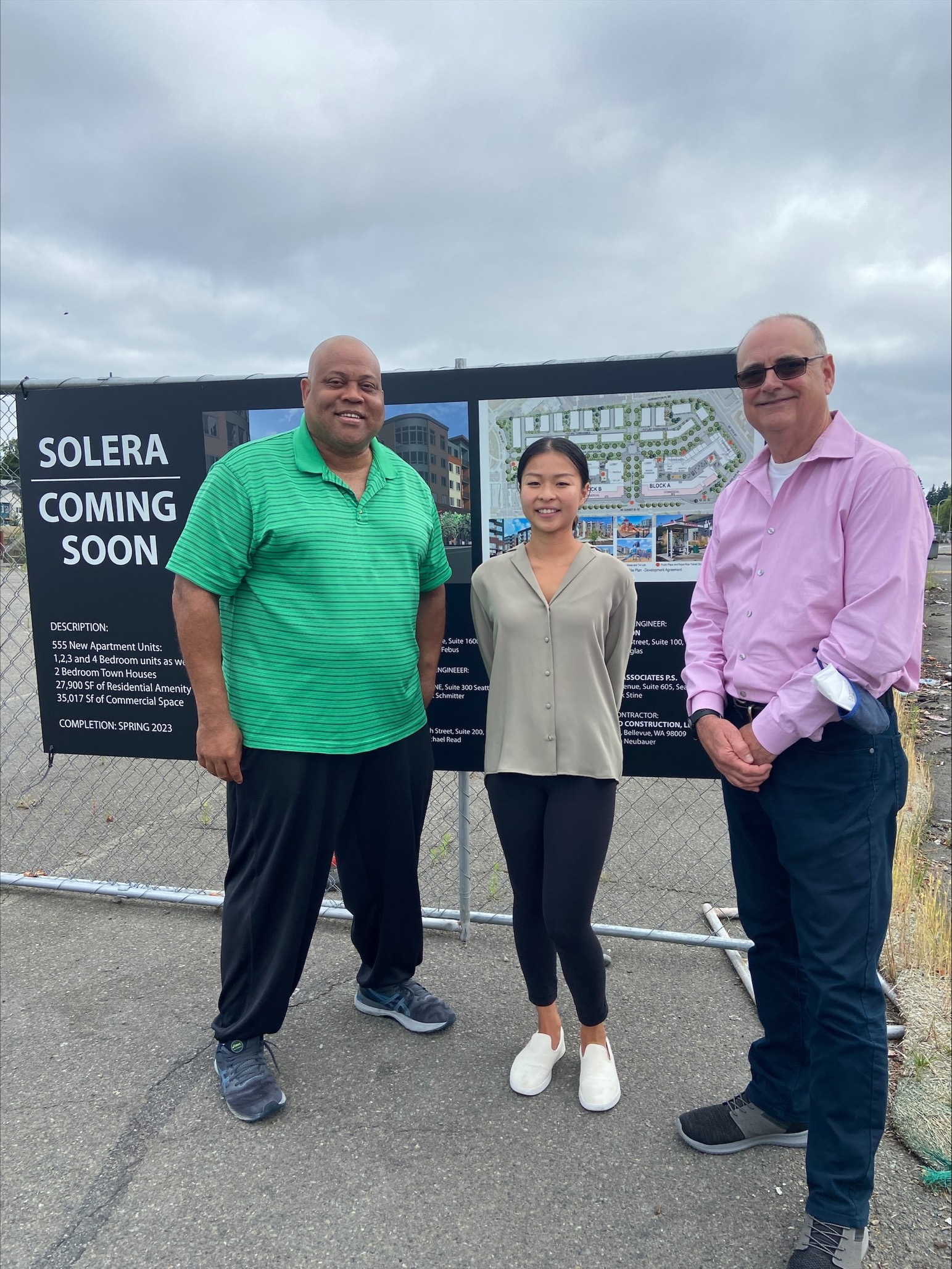