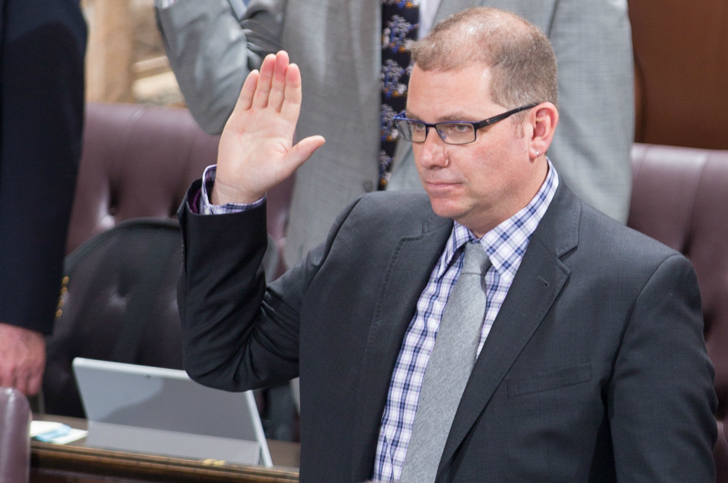 He began his first term in Olympia in January 2015. Strom serves as the Chair of the Housing, Human Services and Veterans Committee, and as a member of the Capital budget and Civil Rights & Judiciary Committees.

Strom formerly owned the Cheesemonger’s Table, a cheese shop and café in Edmonds. As a small business owner, he saw firsthand the benefits a living wage and smart infrastructure investments can have for a community. Strom served on the Edmonds City Council for six years prior to his election to the legislature, where he served on the Public Safety and Economic Development Committees. He was, and remains, a strong advocate for protection of our environment and our state’s natural resources.

Strom’s community involvement includes supporting and volunteering for the Edmonds Center for the Arts, his local Rotary, Chamber Board, the Edmonds Community College Boots to Books program, and the Edmonds Veteran’s Plaza.

Born in Albuquerque, New Mexico, Strom received his B.A. in English from the University of New Mexico. He has lived in Edmonds since 2001, where he resides with his wife, Maria Montalvo, and their dog Lulu.