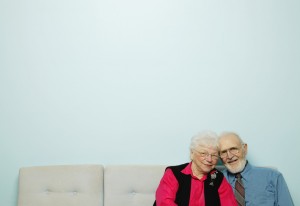 House Bill 1636, known as the “Long-Term Care Trust Act” (LTC), would establish a public trust, similar to unemployment insurance, which would fund a long-term care benefit open to all who pay into the program. If enacted, a small percentage would be deducted from Washington workers’ pay to fund the trust. People would pay while they’re working and be eligible to draw on the benefits of the trust after they’ve worked three of the past six years, or 10 years total..

“Our bill offers a flexible solution that would help many seniors pay for long-term care services and take some of the pressure off of working family caregivers,” said Jinkins.

Jinkins says the legislation would help address a looming fiscal crisis faced by the state as the baby boom generation retires. The number of people in Washington state who are age 85 and older – those most likely to need care – is estimated to nearly double from 117,000 in 2010 to 216,000 in 2030.

“We need to prepare for this now or family finances and the state budget may be dramatically impacted in the coming years,” noted Johnson. “This bill has the right balance of personal and familial responsibility, consumer choice, and common sense.”

Considering more than 90 percent of older adults have no long-term care insurance, and there is no coverage from Medicare, Johnson says many seniors spend their retirement resources down to poverty levels before qualifying for care under Medicaid. Without action, he says, Medicaid long-term care could consume more than 10 percent of the state budget by 2030, more than doubling from $1.7 billion in 2015 to $4.1 billion.

“Long-term care is a critically important issue for the Legislature to address. Seniors’ life savings and the state budget are suffering because there are no good options that allow people to plan for long-term care costs. AARP is part of a large coalition supporting the need to seek options,” said Cathy MacCaul, Advocacy Director at AARP Washington.

A hearing on the bill is scheduled for Feb. 17, 2017 in the House Health Care and Wellness Committee.

The Seattle Times published an op-ed by Reps. Jinkins and Johnson on the need to address long-term care in our state.