Some would say we passed a Democratic budget with a Republican tax plan. My recent newsletter updated you on all of the services our new state operating budget provides. I thought you might be interested in more detail about how we’re raising the revenue to fully fund education and Washington’s other obligations.

Some have asked whether we look for efficiencies and consider eliminating programs that are no longer working as we develop the budget. We do both and my next e-newsletter will go into more detail about it.

To fully fund our public schools, Senate Republicans proposed a large statewide property tax hike. House Democrats preferred other revenue options that were more progressive and better for middle class families. In a divided government, compromise is necessary, so we negotiated a property tax increase of $0.87 per $1,000 of assessed value, which is much lower than the original $1.80 proposed.

While I’m pleased that we maintained our safety net and finally started fulfilling our moral and constitutional duty to educate Washington kids with this budget, we didn’t make much headway on making our tax structure fair. There is still far too much reliance on regressive taxes.

Below are some of the issues we did resolve this session.

Ending the bottled water sales tax exemption accomplishes three important goals. First, Washington state, especially Tacoma, has some of the cleanest, healthiest tap water in the world and moving away from bottled water moves us toward Washingtonians drinking some of the healthiest water there is. Second, we raise revenue for education to help meet our obligation to 1.1 million schoolchildren. Third, bottles flood our waterways and landfills and contribute to global climate change although Washington. This Legislature is committed to environmental policies that provide for clear air, clean water, and a better future for our children.

The playing field is now level for businesses that do business in Washington. Out-of-state retailers will no longer duck collecting sales tax that is owed, an unfair advantage that hurt small businesses all across our state. Now, everyone’s obligation will be the same—without special advantages for online megastores when competing against brick and mortar stores.

In order to tax a business transaction, there must be a “nexus” or linkage between the business and Washington. Nexus standards can put our Washington businesses at a competitive disadvantage compared to out-of-state retailers that sell to in-state customers without collecting sales tax or paying B&O. This establishes nexus for B&O tax purposes for retailers based on the “economic nexus” standard that currently applies to service businesses and wholesalers.

The extracted fuel exemption was never intended for oil refineries and it isn’t necessary for them to be successful. We removed the exemption, phased in over four years, and refineries will pay the brokered natural gas rate on the extracted fuel for the use of that fuel in the refining process.

The only way to reduce the burden on low and middle-income families is to replace some of our regressive taxes with progressive taxes that target those who earn the most and pay the smallest percentage of their income on taxes. I think the capital gains tax is one of the approaches that could help transform our taxation system.

I’ll keep working on this issue during the interim and next session.

And now, the other Washington…

Over the last couple of days, we’ve seen some troubling reports from our nation’s capital, including threats to repeal the Affordable Care Act and prohibitions against transgender Washingtonians serving in the armed forces. Up to 15,000 transgendered soldiers already serve in our military.

It’s too soon to tell how these two issues will work their way out, but Washington state has had a commitment to providing ALL Washingtonians access to health care long before the Affordable Care Act was enacted. I will work to make sure this is maintained at the state and national level.

Likewise, Washington’s anti-discrimination laws have protected transgender people from this proposed form of blatant discrimination for more than a decade.  I’ll do all I can to make sure Washington state’s values are upheld for all soldiers living and serving here and for every family who relies on the protections we’ve built into the laws of the great state of Washington. 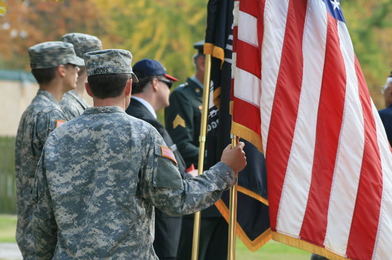