The 2018 legislative session began this week in Olympia. I’ve returned to our state capitol energized after meeting with so many of you during the interim – at our constituent conversation hours, at my drop-in office hours at locations around town, at neighborhood council meetings, and at festivals and events around Tacoma. Hearing from you at these events helped prepare me for what looks to be a whirlwind session – or, given last week’s winter storms on the east coast, a bomb cyclone!

This year’s session is scheduled to last 60 days. The ideas you shared with me over the past several months helped me come up with my legislative priorities for this year. I will be sponsoring numerous bills on a variety of issues. These include: price gouging by pharmaceutical companies, funding long-term care services and supports, ensuring patients are protected in hospital mergers, requiring background checks for assault weapons be at least as strong as those for pistols, and preventing child abuse and neglect, among others. My objective in sponsoring these bills is protecting the most vulnerable and supporting safe and thriving communities.

I look forward to hearing your thoughts.

Some of you may have already met my legislative assistant, Ann Dasch. Ann did a stellar job holding down the district office this interim, and she’ll continue to keep me on track this session in Olympia. Please contact her for any scheduling or appointment requests at ann.dasch@leg.wa.gov. or 360-786-7930.

My intern this session is Mitch Aman. Mitch attends the University of Washington in Seattle and will be graduating in March with a double major in Political Science and Law, Societies, and Justice (LSJ). 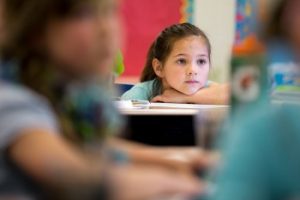 Over the last few years, Democrats have led the way on increasing the state’s education budget by more than $13 billion. This is an extraordinary accomplishment, especially since we had to work with a Republican-controlled Senate that was reluctant to raising new revenue.

This new funding has decreased class sizes, paid for textbooks and supplies, ensured that schools have the funds they need to keep the lights on, and increased salaries for beginning teachers. As the  funding plan rolls out over the next few years, we’ll continue ro ensure every child has the opportunities to learn that they deserve.

Last fall, in a 9-0 decision, the state Supreme Court ruled that, with the 2017 education funding plan, the state will finally be adequately funding education.

However, they did have one objection to the plan: the timeline, which phases in school employee salary changes over three years. The Court wants those changes phased in over two years. While their intent is a good one, there are too many technical and implementation challenges preventing a quicker timeline. But I am committed to working with my colleagues on a solution that satisfies the Court.

I also want to acknowledge the challenges particular to Tacoma public schools with the new funding plan. During the interim, I heard from concerned school officials and education advocates, and I want to assure you that I’ll be paying close attention to how the plan affects local school budgets. 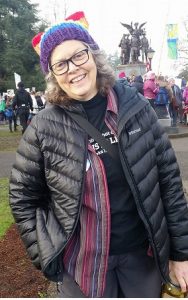 Last year, I wore my rainbow cat ears hat to the Women’s March in Olympia, where I was a featured speaker. I’ll be speaking again at this year’s event on January 20th. For me, this event is about standing up for all disenfranchised groups, including communities of color, the LGBTQ community, people with disabilities, immigrant and refugee communities, and victims of sexual harassment and assault.

Of all the work I’ve done in the Legislature, one of the things I’ve been most proud of is pushing back against discrimination and protecting people’s civil rights. This includes the historic win for marriage equality in our state, and continues today with legislation to close the gender wage gap and protect the religious freedom of every Washingtonian. I hope to march alongside many of you on January 20th in support of these ideals.

The state Department of Ecology invites the public to comment on the removal of the Naval Reserve Center Tacoma from the state’s Hazardous Sites list. The public comment period runs through February 5, 2018. More info can be found here.