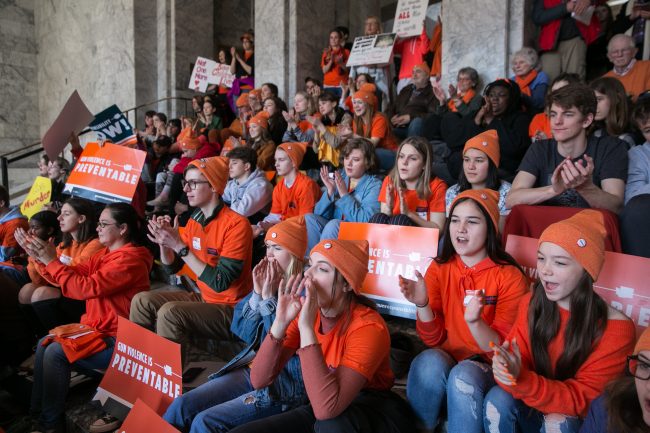 It’s the final days of the 2019 legislative session, and bills that have passed both the House and Senate are heading to the governor’s desk for signature. For this newsletter, I want to focus on the firearms bills that have successfully made it through the process this session. Most of my focus this year was to make the laws we have work better for people so that we keep people and communities safe.

I hear from a lot of constituents who are concerned about gun violence, and want lawmakers to take action to help minimize the risk of it happening to them or to a loved one. One of the best ways to prevent gun violence is to prevent guns from getting in the hands of those who are determined to use them to kill themselves or others. Progress in the Legislature on this front has generally been more incremental than at the ballot box, but I’m very pleased with the steps we have taken this session. Simply put, I believe these bills will help save lives in our state.

Your comments and feedback and are always welcome. It’s an honor to represent you.

Firearms bills that will be signed into law this year 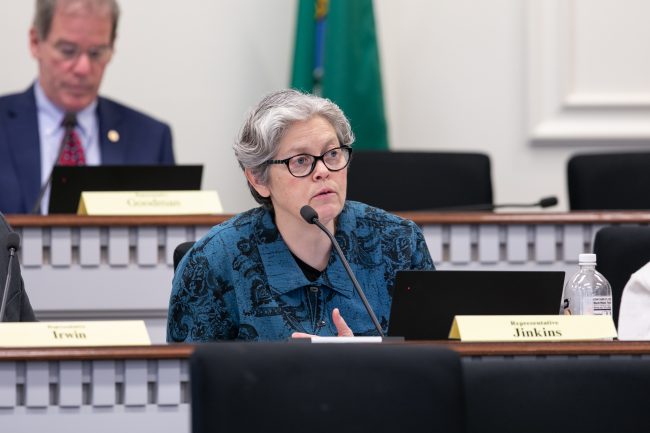 If we’re serious about preventing gun violence, we have to address the deadly combination of domestic violence and firearms, and that’s exactly what this bill is about. It requires law enforcement to temporarily remove firearms they have probable cause to believe were threatened or used at the time of a domestic violence call. Officers must also temporarily remove firearms in plain sight and request consent to remove any firearms the alleged abuser has access to until a court hearing is held. In the U.S., an estimated 4.5 MILLION women have been threatened with a gun by an intimate partner. Domestic violence calls also lead to more police fatalities than any other type of law enforcement response. I’m so glad we were able to pass this bill.

This bill is necessary due to changes at the federal level. The FBI is discontinuing courtesy National Instant Criminal Background Check System (NICS) checks for concealed pistol license (CPL) holders in Washington state. These checks have allowed CPL holders to walk out of the shop with a pistol the day it is purchased. Without them, there is a public safety risk because a person could present a CPL that is duplicated or forged or that should be revoked because of a disqualifying conviction. These background checks are important to protecting Washingtonians. Washington State Patrol reports that nearly 1000 people have been denied the ability to walk out of a gun store with a gun this year because f our background checks. With this bill, CPL holders will go through a local law enforcement background check.

Untraceable and undetectable firearms are also referred to as “ghost guns” since they do not have serial numbers and may not contain enough metal components to be picked up by common metal detectors. The bill makes it illegal to manufacture, buy, sell, or possess an undetectable firearm in most circumstances.With 3D print technology becoming more widely used, this is an attempt to get out ahead of a potential major public safety concern regarding consumer production of 3D-printed guns.

Improving procedures for protection orders (HB 1786) – I sponsored this bill

For too long, our standards for firearm removals for a protective order, no contact order and restraining order, or extreme risk protection order have been inconsistent. This has made it confusing and difficult for victims, courts, and law enforcement. This bill essentially aligns the ways in which law enforcement serves and implements these orders with our approach to extreme risk protection orders (ERPOs). This makes sense since 70% of the voters in Washington voted for ERPOs.

The discontinuation of the courtesy NICS check by the FBI (see HB 1465, above) creates an urgent need for establishment of a single point of contact firearm background check system in Washington state. This bill conducts a feasibility study to examine and make recommendations about how such a system would be established. Passed both chambers unanimously.

Extreme risk protection orders (SB 5027) – I sponsored a House version of this bill; the Senate version is being signed into law

This bill came from a recommendation of the Mass Shooting Workgroup, which met during the 2018 interim. It is meant to help keep firearms out of the hands of minors who are at a high risk of hurting themselves or others during a behavioral health crisis or through potential violent behavior. The bill allows petitions for Extreme Risk Protection Orders (ERPOs) to be applied to people under the age of 18. If the petition is approved, an order would prohibit the minor from accessing, controlling, purchasing, possessing or receiving a firearm. The minor’s parent or guardian would be notified of their legal obligation to safely secure any firearms.

This legislation gives law enforcement a critical tool to keep our communities safe. It closes a loophole in the law created by accident a few years ago. A person who is incompetent to stand trial and has a history of violence is not competent to have a firearm. Under this bill, they are prohibited from possessing a firearm unless the court restores their firearm rights.

Reducing the risk of suicide and murder-suicide (SB 5181)

There is evidence of increased risk of suicide or murder-suicide when a person is released from a 72-hour involuntary treatment hold. When someone is in crisis, giving them time to cool down and get the help they need saves lives. This bill imposes a six-month suspension on a person’s right to possess a firearm when the person is detained under the Involuntary Treatment Act.