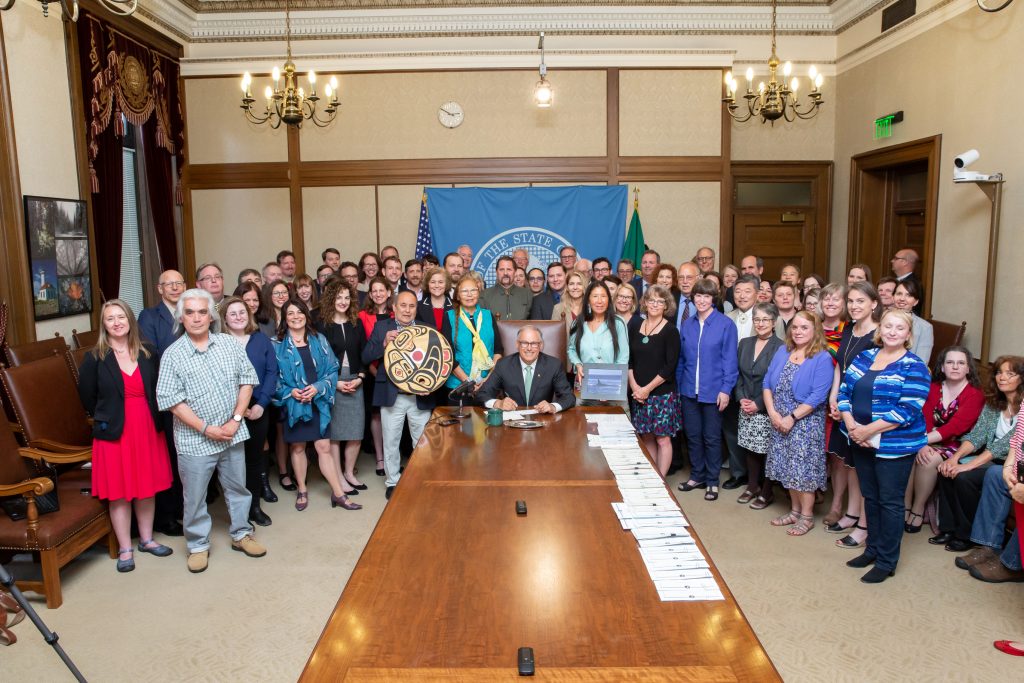 OLYMPIA – With only 75 Southern Resident orcas left in the Puget Sound area, Gov. Jay Inslee signed legislation on Wednesday, May 8 to help with orca recovery by preventing oil spills in the Salish Sea.

“We all need to work together to help our struggling orcas,” said Lekanoff. “These smaller marine vessels often carry as much oil as bigger oil tankers. They should be held to the same standard.”

“This is one of many important steps we’re taking to ensure the health and safety of our orcas,” said Inslee. “The effects of oil spills on our orcas are irreversible but preventable. I would like to thank Rep. Lekanoff for leading this important effort to protect Puget Sound and one of its most inspiring treasures.”

Oil spill prevention is more cost-effective than clean up and restoration. The Dept. of Ecology estimates that a major spill could cost taxpayers around $10.8 billion and impact 165,000 jobs.

Washington is a key hub for international shipping on the West Coast. It is estimated that approximately 20 billion gallons of oil pass annually throughout the region.